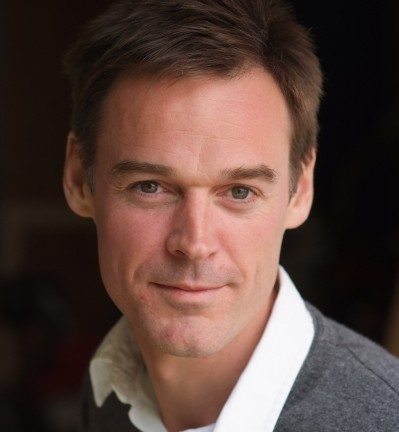 But in the early 2000s he began to get increasingly fed up with saying no to things, and decided to step back from frontline activism. He wanted instead to do something that people could engage with – something that they could say yes to. And so, 11 years ago, he set up Southern Solar.

Initially operating as a lone ranger, he quickly recruited two university friends, and his renewable energy installation firm quickly began to flourish, going from installing solar on a few houses a month from one office, to a few houses a week in six locations.

It has around 40 employees, boasts a Which? recommendation to its name and has a reputation as one of the most successful and knowledgeable solar companies in the UK.

Johns spoke to Blue & Green Tomorrow about the feed-in tariff, fracking, and why investing in solar is a long-term, sustainable opportunity that benefits everyone.

What sets Southern Solar aside from its competitors?

That’s quite a hard question to answer, but I think it’s our skills and our track record. The fact we’ve been doing it 11 years, and have done a few groundbreaking projects over the years, that’s one of the key things.

We’re very cost competitive – we’re not the cheapest, and we don’t try to be the cheapest.  We focus on good quality. We’re recommended by Good Energy, the Soil Association and so on, and we have a bit more than your average solar company that are just trying to make a fast buck. We’re also part-owned by an ethical investment bank called Triodos, which bought a share of the company just over three years ago.

We came from an environmental background. I wanted to give people a practical way to address the issues in their own home or business.

Do you think the motivation of the people installing solar panels on their roofs is primarily environmental, financial or both?

Ten years ago, our clients were generally environmentally-motivated. And now, I think it’s a mixed thing. Generally, finance is a key driver these days.

Obviously the feed-in tariff [the subsidy scheme for solar] is part of that, but for our commercial customers – we do a lot of large installations on factories, farms and so on – it’s all about cutting costs and reducing exposure to energy price hikes. It’s all about getting a good return on investment.

With running a factory, you know how much energy you’re going to buy over the coming year. If we can come in and say that we’ll do 50% or 80% of it with solar, that’s very attractive. I think it’s absolutely brilliant, because it means the solar industry has gone from a niche environmentally-focused thing, to something that has mass engagement.

The feed-in tariff debacle appears to have settled somewhat now, but what effect do you think it had on the solar market and, specifically, Southern Solar?

It’s had a disastrous effect on the market, to be perfectly honest. Many good companies have suffered. Most have had to downsize their operations dramatically to find a way through, because the market shrunk dramatically.

It’s been unpleasant for most people in the industry, let’s put it that way. But there is still a damn good case for solar. The return on investment is as good as it’s ever been – that’s a fundamental point.

I helped run the feed-in tariff campaign and was the spokesperson for the industry, and whatever the rights or wrongs of it, it was important we stood up and registered our displeasure at the whole situation.

To be quite honest, it’s one of those situations where I was very sad to be proved right, that this would be disastrous for the industry. I think it has been, and whilst it’s brilliant to be a buyer of solar, I think it’s quite a hard space for a company operating in this sector.

Solar is not going to go away at this point. I’m very pleased that we’re in a much more stable period with the feed-in tariff. It means there is some normality back to the UK solar market, and it will start to bubble up again as it has been doing.

If you look at the stats of deployment from the start of the feed-in tariff, there wasn’t some crazy super-spike upwards right from day one; it was a gradual growth. It was actually when the government made the announcement that they were going to change the feed-in tariff when there was the big spike.

I hope we’re now on a nice steady growth path again, and the UK market has eventually settled down for the next few years – it certainly seems that way with ministers on board and supporting our success and working hard to promote the industry.  There is now a stable framework in place until 2015 which is great.

What could or should the government be doing to push renewables?

The rhetoric of this government has been particularly damaging. We’ve lived through the feed-in tariff and the government has destabilised the solar industry with that. The wind industry has had the same treatment – nothing to do with policy in that case, just the right words at the right time from a minister who’s no longer in post anymore [John Hayes].

It’s very divisive, and the narrative really is fracking and new nuclear. And to my mind, how close to political suicide can you get in terms of energy policy?

If you think about fracking, for example, where is the fracking going to take place? A lot of it is going to take place in the Home Counties – the very wealthy, traditionally Tory seats. These people are landowners, and people who have power and influence, and they’re going to be basically having the threat of fracking coming to their beautiful green and pleasant land.

In the few communities I’ve been in touch with around fracking, they are vehemently opposed and are planning their direct action already. Middle England is essentially rising up against this thing. I think it’s a serious threat to energy policy if fracking is the key policy – as I don’t believe it is the magic bullet it is being made out to be.

And then you’ve got Centrica’s CEO saying fracking is never going to happen like it did in the US in the UK. That’s the head of British Gas – one of the big six – and he’s saying it’s not going to happen.

Why is the government not listening? It’s totally mad. And all the while, it has been slowly undermining renewables.

What would you say to readers who are perhaps thinking about installing solar?

It’s a massively good option at the moment. The rate of returns are really high.

If there’s one thing that’s certain with energy, it’s that your bill is going to go up. And there’s one thing that we know we can do about it, and that’s called generating your own electricity. Solar does that, and it’s the simplest and easiest way to do it. People generally love it when they’ve got it.

The sooner you get on with it, the sooner you insulate yourselves from the inevitable price rises that will be arriving in the coming years. There’s no time like the present.