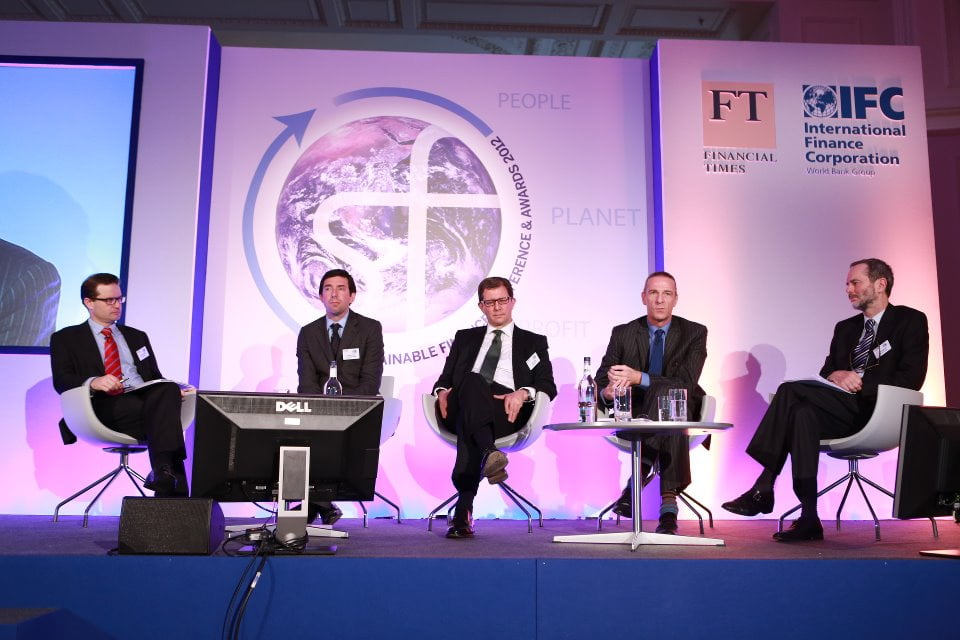 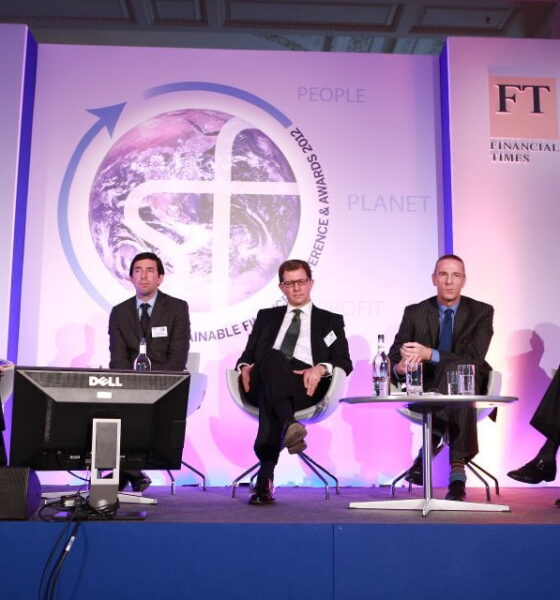 Delegates from some of the world’s biggest financial organisations assembled at the Landmark Hotel in London yesterday, for a well-versed conference about sustainable finance.

The Financial Times (FT) and International Finance Corporation’s (IFC) Sustainable Finance Conference & Awards, now in its seventh year, brings together experts from every corner of the globe. This year, the list included representatives from the UK, US, Australia, Brazil and Kuwait, to name a few.

The evening awards ceremony will ultimately receive the most extensive coverage in the coming days – see our piece about which companies took home gongs here – but it’s the daytime conference that arguably provided attendees with better insight and inspiration into the world of sustainable finance.

Sustainability is not only good for business but it’s good for the bottom line, too – Rashad Kaldany

The welcome page in the event programme set the scene for the conference: “With the global economy in turmoil, and the plight of many vulnerable parts of society worsening, there is a unique opportunity for sustainable finance institutions to shape the response of governments and influence corporate behaviour in resolving our most pressing global problems”, wrote Nena Stoiljkovic, a vice president at the IFC, and Lionel Barber, FT editor.

Kicking off proceedings was the chair of the day’s proceedings – former FT associate editor John Willman. After a brief welcome, Willman introduced the conference’s first keynote speaker: IFC vice president of global industries, Rashad Kaldany, who has occupied a number of roles at the organisation since joining in 1988.

He presented an overview of the themes set to be explored throughout the day, and pointed towards the financial turbulence that the world currently faces, saying that this is the exact reason why incorporating environmental, social and corporate governance (ESG) is so important.

Perhaps the most profound point he made, though, was that a business-as-usual attitude towards finances is simply not an option for a sustainable future. “Sustainability is not only good for business”, he said, “but it’s good for the bottom line, too”.

Kaldany’s address was followed immediately by another keynote speaker: James Cameron, chairman of Climate Change Capital, an investment management and advisory group of which he was a founder.

Cameron defined sustainable investment as “properly valuing public goods”, something that he added was often challenging for private investors to comprehend.

“When we do value public goods”, he said, “only then will we have sustainable finance and a sustainable economy.”

He went onto describe the three pillars of investments: infrastructure, innovation and information. Adding an environmental label to finance is often unnecessary, he added.

Gifford talked about how the financial crisis had changed the balance of power, saying that the private equity industry now responds to the needs of investors. He also mentioned emerging markets – a popular theme that was touched upon on numerous occasions throughout the day.

“There are some fantastic world-class companies in emerging markets”, he said.

Scriven of Dragon Capital Group is based in Vietnam. “Sustainability starts with self-interest”, he began, before reeling off a number of anecdotes about his experience with agro-forestry investment in Asia.

MacKay built on Scriven’s thoughts about sustainability, adding that it “isn’t about reducing costs; it’s about making companies better, stronger and more valuable”.

Perhaps the most anticipated speaker to grace the Sustainable Finance Conference stage was Sir Ronald Cohen, chairman of Big Society Capital and, as FT editor Lionel Barber called him in his introduction, the “father of venture capital”.

Sir Ronald’s address oozed sophistication, knowledge and experience. He spoke with eloquence about social entrepreneurship – the biggest risk to which, he said, was failure.

He added that so-called “impact investment” – investments that have healthy returns but also do environmental and social good – is essential in solving the growing list of social problems we face.

When we value public goods, only then will we have sustainable finance and a sustainable economy – James Cameron

After a brief pause for lunch, delegates returned to the marvellously grand Empire Room to witness another panel discussion, this time under the heading, ‘Harnessing innovation in sustainable finance’.

Green bonds, micro-finance and the green economy were just three of the areas covered by the acclaimed quintet. Hills of Itaú Unibanco, the second largest bank in Brazil, offered a brief definition of the third term: “The green economy is including people and the environment as part of your business and resources”, she said.

“Sustainability is the easiest thing to perceive, but the most difficult thing to do.”

The third and final panel discussion was titled ‘Women and business – the key to sustainable development and economic revitalisation’, and was designed to examine the increasingly important role that women play in businesses worldwide.

Allowing women to reach their economic potential, he said, was essential to the coalition government’s priorities. 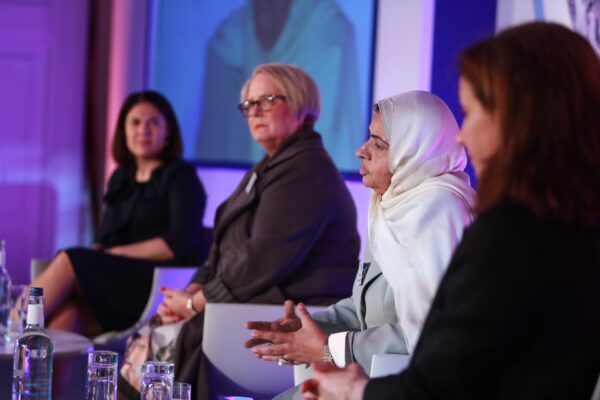 Iskenderian quoted former US secretary of state, Madeline Albright: “There’s a special place in hell for women who don’t help other women”. The other three women on stage proceeded to explain their backgrounds and how they each strive to help women realise their potential.

Riemer urged organisations to “give female customers what they want”, in the form of education, information and networking with like-minded women.

“We’re here to help women have a sustainable financial future”, she added, before joking, “If you do have financial independence, you can marry whoever you like!”

Rounding off the discussion about women and business, and bookending the conference, was Rachel Kyte, vice president and network head in sustainable development at the World Bank.

In a relaxed end to the day’s proceedings, she relayed to Leo Johnson, partner at PricewaterhouseCoopers, co-founder of Sustainable Finance and the brother of the London Mayor, her greatest hope for sustainable finance: “Necessity is the mother of invention, and I see people in my job who are pulling off minor miracles”, she said. “If we can get out of their way, we can make the world a great place.”

Everyone sat in the Empire Room at the Landmark Hotel yesterday is helping to move the world onto a more sustainable footing. It was a thoroughly stimulating event that ought to provide great hope and inspiration to the financial services industry.

Through sustainable innovation in finance and investment, we have the ability to alter mankind’s journey onto a better path. The question is: will you join us?