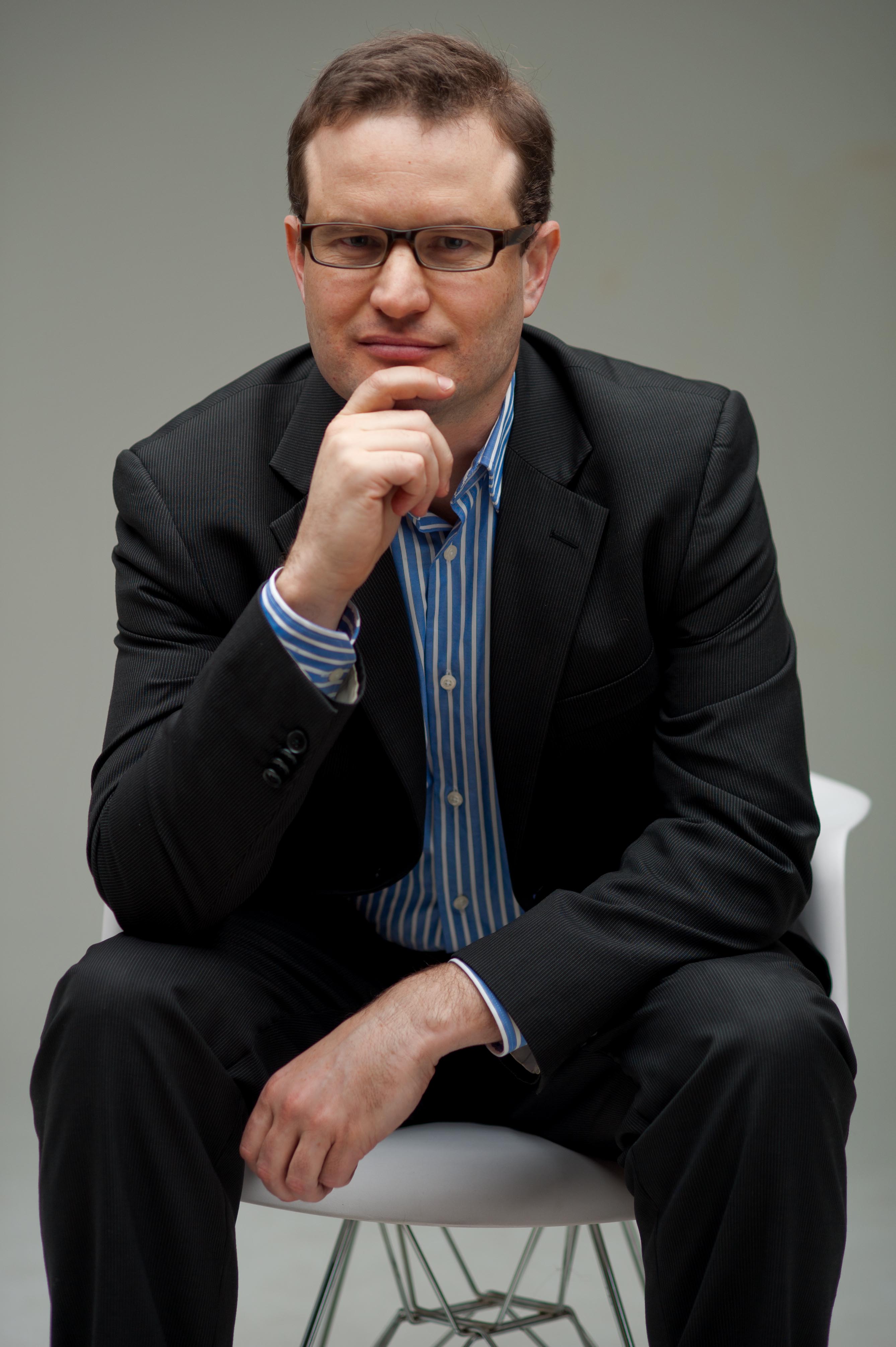 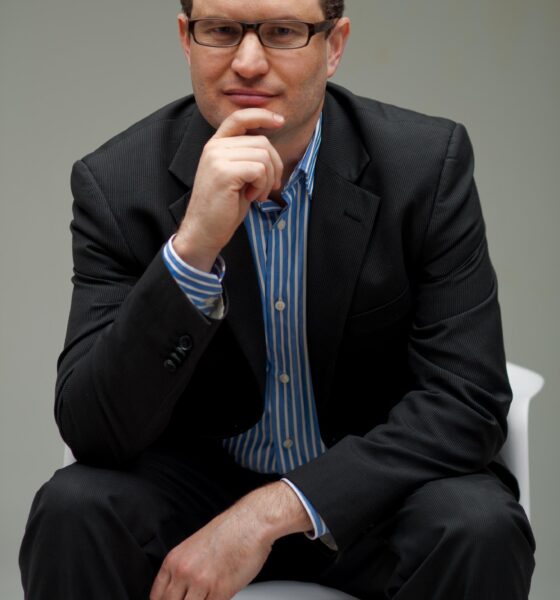 James Gifford, PRI: ‘we have made responsible investment normal’

A decade after taking the reins of what is now the United Nations-supported Principles for Responsible Investment, James Gifford announced in August his intention to step aside. To mark his final week in the job, he spoke to Alex Blackburne about the last 10 years.

The date April 27 2006 is an historic one for New York City. Nearly five years after the September 11 terrorist attacks had brought down the twin towers of the World Trade Centre, construction began on the Freedom Tower – a monument to those killed in the atrocity.

“We are going to soar to new heights and reclaim New York’s skyline”, then-governor George Pataki said at the time. Only last week, seven years after building work got underway, One World Trade Centre – as it is now known – was confirmed as the tallest building in the western hemisphere.

Just a short walk from the where bulldozers were heading on that day, Kofi Annan – then-secretary-general of the United Nations (UN) – was giving a speech. Joined by asset owners worth more than $2 trillion (£1.2 trillion), he was ringing the opening bell on the UN-supported Principles for Responsible Investment (PRI) at the New York Stock Exchange on Wall Street.

The beginning of construction work on One World Trade Centre rightly grabbed the headlines in New York City on that day. It was a symbol of the US’s defiance in the face of terrorism. But in the context of the long-term sustainability of the investment world – which shapes everything we do – Annan’s words to mark the launch of the PRI were equally historic.

“While finance fuels the global economy, investment decision-making does not sufficiently reflect environmental, social and corporate governance considerations – or put another way, the tenets of sustainable development”, he told attendees.

Watching on from the wings on that day was James Gifford, an Australian who had spent three years developing the PRI from his role at the UN Environment Programme Finance Initiative (UNEP FI) in Geneva.

After a year-long consultation, involving Annan, UNEP FI and the UN Global Compact, six voluntary principles were drawn up, covering a range of environmental, social and governance (ESG) topics such as transparency, decision-making and active ownership. Asset managers were invited to become signatories, in a move that would help bolster their responsible investment credentials and the market more generally.

“There is a lot more to do from our signatories and there is huge potential to deepen responsible investment, but I think what we have done is dramatically increased the size of the market, and the thinking around and importance of responsible investment”, says Gifford, reflecting over the past decade.

“If you could encapsulate it within one concept, it is that we have made responsible investment normal. It’s becoming a norm. When the PRI was launched, I’d say it was right out on the edge. Fund managers who aren’t signatories – and this is from their own words – have said to me that they feel conspicuous by their absence. I think that alone is a huge achievement for this initiative.”

In the beginning, Gifford was the PRI’s only member of staff. It now has over 50, with partnership networks in nearly a dozen countries.

Thirty-two institutional asset owners with $2 trillion (£1.2 trillion) under management backed the PRI from launch, with its total signatories (including investment managers and professional service partners) nearing 100 by the end of April 2006. Just five days after Annan rang the bell on Wall Street, the European launch of PRI in Paris saw its assets double to $4 trillion (£2.5 trillion).

Gifford is modest about the PRI’s growth and influence within the institutional investment world, adding that a large part of its success is down to the backing it continues to receive from the UN. Kofi Annan’s successor as UN secretary-general, Ban Ki-moon, has also strongly supported the initiative since taking on the role in 2007.

“I think bringing the legitimacy and gravitas of the secretary-general and the United Nations into the investment space is a unique contribution”, he says from the PRI’s headquarters on Rivington Street in London.

“There would have been other industry efforts and associations that would have done a lot of what we’re doing, but I think the fact that we are able to bring the UN to the table enabled us to reach out to a lot of people who would have otherwise not been as receptive.

“Yes, absolutely others would have stepped up and done implementation, support, shareholder engagement, collaborations and a lot of the other things we do, but I think we’ve added a unique angle through bringing a UN investor partnership forward which has raised the profile to a level that I think would have been difficult for other industry efforts.”

In September this year, the PRI broke ground when it launched a framework that would compel its signatories to publish financial reports to the wider public. While a large percentage of them already did this – as well as publishing more in-depth detail about their investment strategies – many did not. In 2011, 44% of signatories reported publicly through the PRI, up from 40% in 2010 and 25% in 2009.

Gifford says the PRI’s aim is to have 100% of its signatories disclosing their reports to the public by mid-next year, in what should be considered a positive move towards greater transparency in responsible investment.

Despite leading the charge towards mandatory reporting and a potentially ground-breaking next few years for the PRI and the responsible investment world, Gifford revealed in August that he would be moving on to pastures new in November. He is reserved about his future, but vocal on where the PRI must go next.

“The analogy is the corporate sustainability movement and the transition over the last 15 years in corporate thinking about the importance of sustainability. I think it’s now board level. You have chief sustainability officers reporting directly to CEOs. They have the ear of boards. There is the whole embedding of sustainability into the company strategy, and I think we will see the same with investment.”

In terms of retail investment, Gifford adds his voice to those who say the market has moved on from its historical roots in negative screening. To create real change, he argues that investors should look for funds that own companies with what he calls “challenges” and that are using shareholder engagement to revolutionise from within.

“The PRI has been successful within the institutional investment world, in demonstrating that integrating ESG factors into investment processes and ownership activities is core, mainstream activity, and it’s quite different from the traditional ethical investment movement. I think we’ve been successful in that.”

Ten years after Gifford and the UN Environment Programme Finance Initiative formulated the idea of a set of principles, and seven years after that concept became a reality, the PRI is in a strong position to lead a new wave of more sustainable and responsible investment. While Gifford won’t be a part of its future, his influence over the past decade is almost unrivalled in the industry.

He leaves his successor a powerful and engaged financial community with which to leverage positive change in the long-term. As Larry Silverstein, the owner of the twin towers who handed over control of One World Trade Centre to the Port Authority, said on the same day as the PRI launched, “This is an opportunity for us to show our determination, our resiliency, our resolve.”

James Gifford is executive director of the PRI and has been guiding the initiative since its inception in November 2003. He worked with UNEP FI and the UN Global Compact leading the PRI drafting process, and after the launch and the establishment of the secretariat in 2006, became its first executive director. He has a PhD from the Faculty of Economics and Business at the University of Sydney on the effectiveness of shareholder engagement in improving corporate environmental, social and corporate governance performance and is an honorary research fellow in the School of Management at the University of St Andrews. He has a background in IT and environmental protection. James has degrees in commerce and law from the University of Queensland, and a master’s of environment management from the University of New South Wales. He was named in 2010 by the World Economic Forum as one of 200 Young Global Leaders, and is stepping down from his PRI role in November 2013.

Responsible investment is ‘an inevitable movement in society’