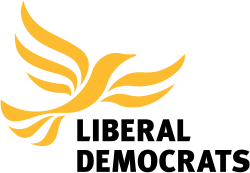 After kicking this mini-series off with the Conservatives and following it up with a look at the Labour party’s pledges, this time we’re looking at the Liberal Democrats, whose leader Nick Clegg signed the Coalition Agreement with the Tories after the 2010 general election.

Energy and the environment

“We will set out a clear renewable route map to 2050, covering grid access and investment in electricity networks”, said the Lib Dems’ 2010 manifesto.

Sure enough, the UK Energy Roadmap was brought out in 2011, which highlights a priority for government to invest in offshore wind in particular. On top of this, the Lib Dems have helped enabled £110 billion of investment in low-carbon electricity infrastructure over the next decade.

Their manifesto adds, “If you choose micro-generation, you will be able to sell the energy back to the National Grid at a profit, with a more attractive feed-in tariff than under current government plans.”

The feed-in tariff was initially protected under the 2010 spending review. This changed, however, in December 2011, when the it was cut by half by the coalition. Although many Lib Dem MPs were against the decision, the reduction has been costly to the renewable energy sector.

However, last month, Ed Davey, energy secretary as of February 2012, announced that the government’s energy policies would help lower domestic energy bills by £166 on average by 2020.

This has come under scrutiny, however, with analysis by the Department of Energy and Climate Change (DECC) showing that 85% of the present average £1,250 bill cannot be controlled by the government because it is determined by international gas and electricity prices, transmission and metering costs.

After energy companies have taken their profits, and VAT has been paid, government policies can only influence around 11% of the bill, said Davey.

To counter some Conservative politicians and media that have claimed that wind power will cost more than £120 billion in the next eight years and send household bills soaring, Davey stated that energy-saving policies, better gas boilers, tighter building regulations, the coalition’s green deal loan scheme and smart meters would be the driving forces behind the reductions. According to DECC, that is an 11% cut compared to the government doing nothing.

Yet, speaking to The Guardian, Dustin Benton of Green Alliance said he feels that an ‘efficiency feed-in tariff’ would be better suited to helping homes in bleaker economic situations. The tariff would “incentivise people to purchase efficient appliances, and would be funded from the savings made by not building as many new power stations”, he said.

The Lib Dems’ 2010 manifesto also pledges to “begin a 10-year programme of home insulation, offering a home energy improvement package of up to £10,000 per home, paid for by the savings from lower energy bills, and make sure every new home is fully energy-efficient by improving building regulations.”

In November 2010, former energy secretary Chris Huhne announced the green deal, designed to help businesses and homeowners adopt more green technologies in their properties. Applicants can install new green technology into their property with no up front costs, paying them back through the property’s energy bill over a set period of time.

The Lib Dems have also helped initiate the Energy Companies Obligation in order to combat fuel poverty. The scheme, brought in to replace the existing Carbon Emission Reduction Target (CERT) and Community Energy Saving Programme (CESP), requires energy companies to provide help and assistance to poorer customers by providing basic heating and insulation to the most vulnerable households.

There are also legal hurdles with establishing new environmental policy – something that the Lib Dems are aware of demonstrated that awareness in their proposals: “We will press the EU to boost investment in clean energy by reforming the EU emissions trading scheme – bringing in a tighter cap on emissions, auctioning as many allowances as possible, and encouraging other European countries to increase the use of reserve prices in allowance auctions.”

From a responsible investment point of view, the Lib Dems helped set up the Green Investment Bank (GIB), which was created to fund new offshore wind, waste recycling and energy from waste and non-domestic energy efficiency, investing at least 80% of its capital into such areas.

It has been given £3 billion of funding from the government to invest in sustainable projects across the UK, and is one of the first banks of its kind.

Since its inception in May 2012, the GIB has had a primary objective to “accelerate the UK’s transition to a green economy and to create an enduring Institution, operating independently of government”. Such a stance is in accordance with the Lib Dem manifesto: “to help the transition to a green economy over the longer term, we will set up a United Kingdom Infrastructure Bank (UKIB) to attract private finance.”

In accordance with government legislation, the bank cannot be “a taker of high risk for low reward; nor a provider of venture capital or development equity”, meaning it has a duty to invest sensibly. The bank’s core principles are to be a responsible investor and to monitor the its behaviour through corporate responsibility strategy.

On March 25, it was announced that the GIB would provide £18m of funding for Cambridge University Hospitals NHS Foundation Trust, going towards a biomass energy centre in what will be the bank’s first investment in the NHS.

Former Green party leader Caroline Lucas criticised the GIB’s purpose back in 2011, before it was established. Writing for The Guardian in 2011, Lucas detailed the irony of the bank’s name and objectives, saying, “It’s a bit rich to call the coalition’s venture a green investment bank if it can neither borrow nor lend, and invests in nuclear.”

She added, “Without these powers [of lending and borrowing], it would be a fund – that is, a pot of money that, once used up, is gone forever.”