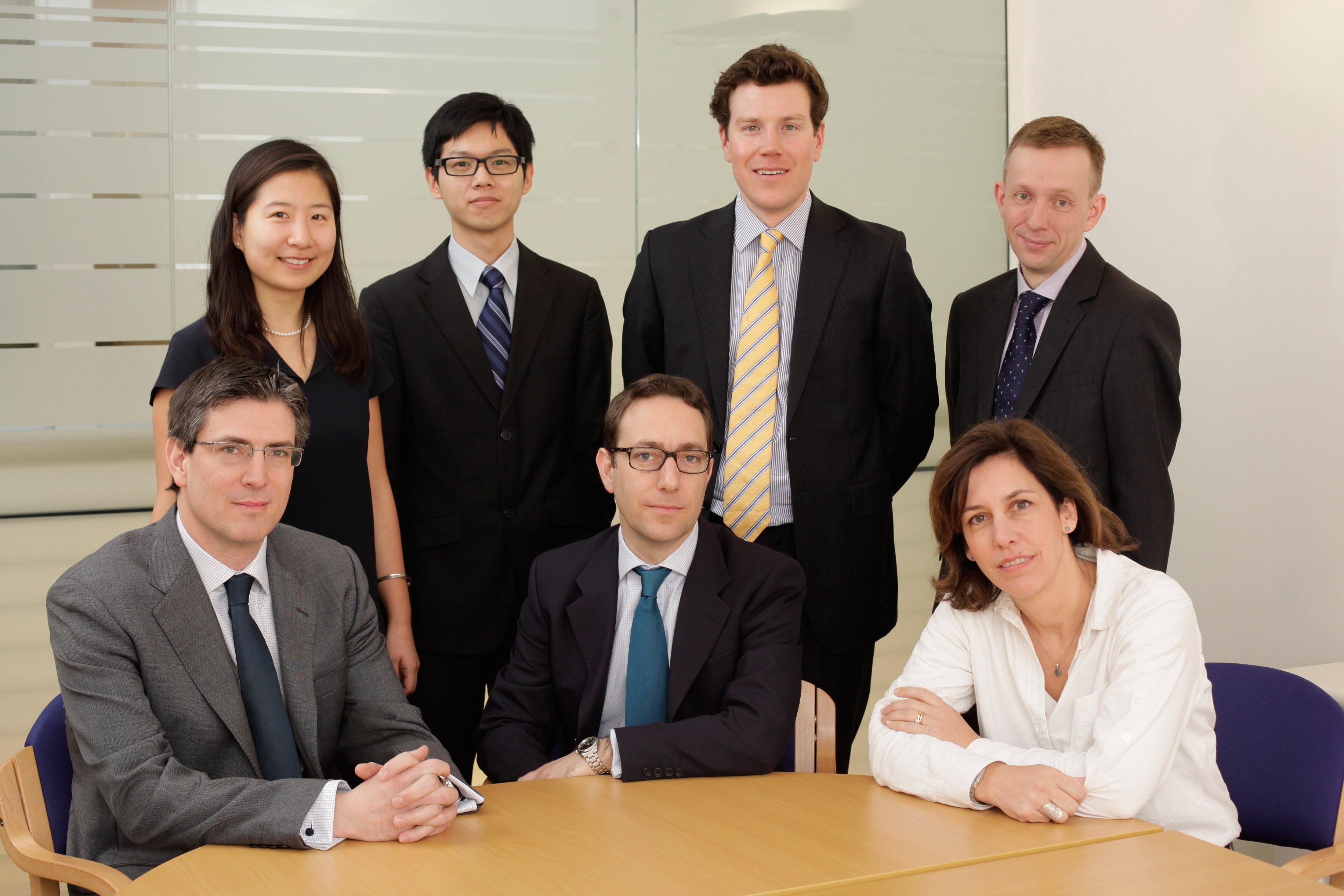 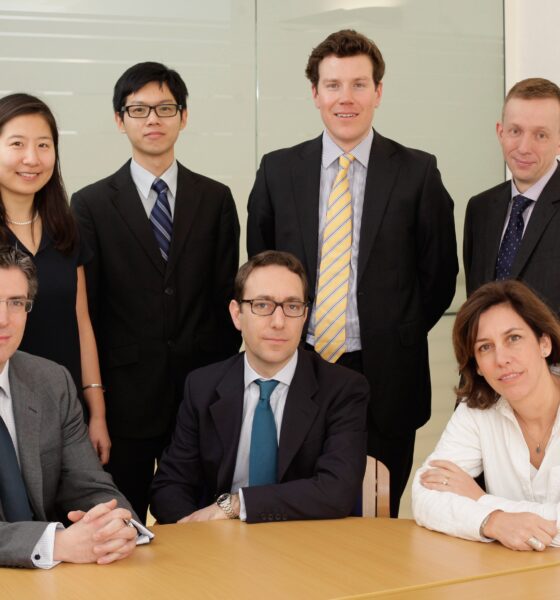 WHEB Asset Management has come on leaps and bounds since bringing in the Henderson team in May 2012. A year on, Alex Blackburne sat down with managing partner George Latham and founding partner Clare Brook to speak about its success.

This article originally appeared in The Guide to Sustainable Investment 2013.

WHEB Asset Management has come a long way in a relatively short space of time. Launched in 2009, its flagship Sustainability Fund has gone from strength to strength, and is now considered one of the most attractive options in an increasingly attractive positive investment market.

For the first three years of the fund’s existence, it grew steadily. Its philosophy of only investing in companies that provide solutions to some of the most urgent sustainability challenges had allowed it to grow to £29m in size by the end of 2011.

By this point, WHEB was ready to expand. It began looking for a new recruit – a fund manager who could aid this expansion, and who could eventually take over the running of the business. It was around this time that Henderson Global Investors had decided to close its sustainable and responsible investment (SRI) arm – a move that some said marked a “backward step” for the sector – leaving its SRI team unemployed and looking for work.

You can probably guess what happened next.

There are instances in life where one has to sit back and marvel at the way the universe seems to connect everything in one big, intergalactic jigsaw. Had one of these two occurrences been just a few months earlier or later, it’s unlikely that a partnership between WHEB and the former Henderson team would have come about.

As it is, the two combined officially in May 2012, and have not looked back.

“We’ve recruited the best team in the sector”, says founding partner Clare Brook, speaking at the firm’s office near Manchester Square in London.

“We’ve put together a super team. As any follower of Premier League football knows, if you invest in the best players, you’re going to start getting really good results. So our performance has really started to take off. We’re outperforming our one-, three- and six-month benchmarks and a lot of people have started to notice how performance has started to improve since we put the new team in place.”

And notice they have. Blue & Green Tomorrow conducted a survey at the back end of 2012 among financial advisers that are members of the Ethical Investment Association, asking them which asset managers they use most often.

WHEB’s popularity increase was second only to Royal London – rising from joint 26th place in 2010 with 3% of advisers using it, to joint 12th last year with a third of EIA members now saying they invest some of their clients’ money into its Sustainability Fund.

“We’re starting to get some mainstream ratings agencies grading us very highly, and we think what they’re picking up on is a) the heritage and experience of the team, and b) the robustness of the investment process”, adds Brook.

“Success breeds success. People have started to see we’re getting the assets in and that we are living up to the hype that they had hoped of us when the new team joined.

“We think that this fund is the answer to what people have been looking for. It’s performing well and it’s actually investing in the sort of companies that people interested in sustainability want to see in their fund.”

But it’s not only the arrival of the Henderson team that has kicked WHEB’s progress on. Its fund’s positive focus on nine key sustainability themes –   resource efficiency, water management, cleaner energy, environmental services, sustainable transport, safety, wellbeing, education and health – has allowed it to surge ahead of many competitors in the ethical fund market that perhaps rely too much on excluding harmful and destructive industries, rather than focusing on investing in innovative, clean technologies, for example.

Any company WHEB invests in has to have at least a third of its revenue or profits coming from one or more of the nine themes (the average for the fund as a whole is over 80% coming from the themes), and the fund managers have to be comfortable that the rest of the business is not pulling in the opposite direction.

And it’s the focus on companies providing solutions that has driven WHEB’s popularity in the past year.

“People are interested in looking for logical reasons why a strategy can and should outperform over a longer period of time that goes beyond the idea that somebody’s going to get up and sprinkle some magic dust over the portfolio. So many investment funds are sold on the basis of some single person’s charisma and most recent track record, which I think is wrong.

“Traditionally, most evidence shows that very few people are able to continue with the magic dust approach for a long period of time.”

At a time when transparency in the ethical investment market is perhaps lacking, WHEB’s decision to publish every single one of its fund’s holdings on its website, along with a five-line rationale as to why each fits in with its themes, also sets it apart from many of its competitors. All funds – ethical or otherwise – have this kind of information readily available. For the vast majority, it’s not a question of how easy it is to publish it; it’s a conscious decision not to.

A report by responsible investment campaigners ShareAction (then called FairPensions) from December ranked 20 of the largest ethical investment houses on their responsibility, transparency, accountability and stewardship. WHEB came joint second, alongside Standard Life and behind F&C Investments. Only nine of the 20 published a full list of their holdings.

But WHEB’s transparency doesn’t stop there.

Latham adds, “Another thing we do, which I think is very unusual, is we have a level of external governance looking at our fund – that’s the eyes and ears of the customer in a way.

“That investment advisory committee sits down with us, and challenges us on whether our stock selection actually fits into one of our themes. In an extreme situation, they can say they don’t agree.

“But what would happen if we then said we don’t care? What we do, which is new to us and fairly unique, is publish the minutes of each meeting. So if we were to have that situation, then that would be very public.”

Brook says that before Latham and the Henderson team joined WHEB, the Sustainability Fund did actually have a holding that was contested by the advisory committee. It was swiftly sold.

WHEB’s combining of finance and sustainability has led to a prosperous past few months. What’s clear is that its management team is 100% behind its strategy (each of its partners have put more than half their own personal wealth into the fund alongside its clients) – something that perhaps wouldn’t be the case at larger investment houses, and something that has unquestionably benefitted both the performance of the fund, and its attractiveness to investors.

For now, its Sustainability Fund – now around £48m in size – will remain its one and only investment vehicle. But neither Brook nor Latham rule out expansion in the future. The pair are ambitious with their future growth plans, but who can blame them?

After the whirlwind 12 months enjoyed by everyone at WHEB, the only way – surely – is up.