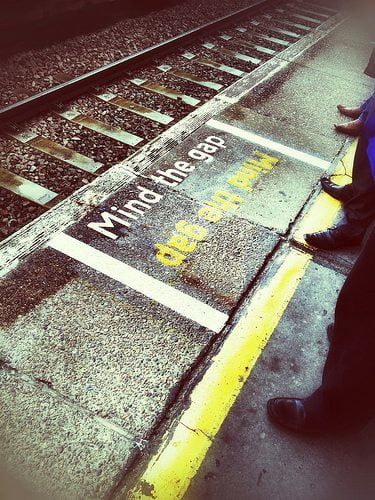 Three-day weeks and brownouts may seem like a distant and unpleasant memory. We face a similar crisis in the coming decade unless our government acts soon to secure our energy supply. Brownouts will damage our fragile economic recovery through business closures, falling confidence and rising energy prices from imports. This is the energy gap.


In the 1970s, rampant inflation and capped pay rises triggered a bitter power struggle between the National Union of Mineworkers and the Edward Heath government. The mineworkers’ union worked to rule depriving power plants of coal, leading the government to declare a three-day week to conserve energy. An oil crisis with OPEC in 1973 didn’t help.

Fast forward 40 years, inflation and union power may have been curbed, but the failure of successive governments to address our ageing energy generation plants has put us in the same invidious position. This time they don’t have unions or foreigners to scapegoat.

The UK was a net energy importer until 1980, and then North Sea oil and gas started to flow, making us a net exporter until 2004. Since then, we have been a rapidly rising importer, taking 8% of our energy in 2005, the year the balance switched. Net import dependency in 2012 had increased to 43%, its highest level since 1976.

In 2005, a panel of 150 energy experts, under the auspices of the UK Energy Research Centre and Geological Society of London, reported that by 2020, the UK may only be producing 80% of the energy it needs. That’s an unprecedented shortfall, which heralds brownouts and a four-day week.

Ofgem’s Project Discovery report in 2009 identified the problems that Britain faced. It stated that the combination of a global financial crisis, tough environmental targets and the closure of ageing power stations would increase the risk to consumers’ energy supplies and could lead to higher bills.

In 2010, parliament published a briefing paper describing the ‘looming’ energy gap. It said,“There will also be a substantial loss of generating capacity during the next decade as coal-fired capacity closes around 2015, following the emissions standards set by the Large Combustion Plant Directive, and most nuclear power stations reach the end of their productive lives.”

In October 2012, Ofgem warned that there may have to be “controlled disconnections”, or brownouts, of homes and businesses in the middle of the decade because Britain has so far not done enough to make sure it has sufficient electricity.

Ofgem’s outgoing CEO Alistair Buchanan, writing in the Daily Telegraph in February, said, “If you can imagine a ride on a rollercoaster at a fairground, then this winter we are at the top of the circuit and we head downhill – fast. Within three years we will see reserve margin of generation fall from below 14% to below 5%. That is uncomfortably tight.”

A reserve margin of 5% is too slim a reserve if we have a particularly cold spell and energy consumption rises beyond.

In March 2013, the UK lost 10% of its generation capacity as coal and oil-fired power stations went offline.

Dithering over nuclear and divided over renewables, the government’s solution appears to be to import scarce fossil fuels with volatile prices from unstable and unsavoury regimes

Despite the clear warnings and apparent recognition of the energy gap we face, the government has still not secured generation capacity to meet our future needs. Dithering over nuclear and divided over renewables, the solution appears to be to import scarce fossil fuels with volatile prices from unstable and unsavoury regimes.

But the world has not stood still.

The economic growth of China, India and other emerging economies means the demand for fuel supplies has risen. Our success in promoting free trade and economic growth means we now have more competitors for increasingly scarce resources. Energy exporters have a greater choice of customers they can serve. Russia’s gas can flow west into an interfering Europe or east into a grateful Asia.

Two reports that have largely been ignored by government demonstrate that the UK could become a net exporter of energy if it produced and implemented a coherent energy strategy, with a pivotal role of renewables.

The National Grid’s Future Energy Scenario report 2012 indicated that the UK could become a net exporter of energy by the 2020s, by delivering on the commitment to have 15% of energy generated by renewables.

Meanwhile, the Offshore Valuation demonstrated that using just a third of our offshore energy potential could make us a net energy exporter.

And this isn’t the pipedream of treehugger, although we probably count on their support.

In March, Good Energy CEO Juliet Davenport wrote, “Last week [March 22] the combination of a cold snap, dwindling gas supplies and a pipeline failure meant gas prices spiked within hours on Friday. As the events unfolded they provided a dramatic example of how our over reliance on importing expensive fossil fuels like gas, leaves us exposed to volatile prices.

“At the same time, on Friday morning high wind speeds led to 11.6% of demand being met by wind. According to RenewableUK, Saturday was another record breaking day for UK wind, and over the weekend clean British energy was generating enough to power the equivalent of nearly four out of every 10 UK homes and consistently over 10% of GB’s overall electricity needs.

“The wind dial on Gridwatch, which displays near real-time data on what the UK’s electricity grid is doing, consistently showed over 5 gigawatts (GW).

“We have been given a glimpse of the future if we fail to make the most of the abundant resources we have here in the UK. On Monday last week, Denmark produced enough energy from wind power to satisfy the whole country’s electricity demand.

“Wind is not a silver bullet, but it must be an important part of the energy mix in the years to come if we are to meet the challenge of greater energy security, cheaper costs and cutting carbon emissions. For those who would ignore the potential of renewables, Friday provided a fantastic example of what we would be missing.”

A government’s first duty is the defence of the realm and its people from enemies, both foreign and domestic.

There could be no greater twin threats to our national security than climate change and the energy gap. The first is existential; the second economic.

The energy gap makes us dependent on increasing imports of scarce fossil fuels with volatile prices from unstable and unsavoury regimes. Burning those fossil fuels makes us a primary cause of climate change and leaves us open to its many and unpredictable threats. More extreme weather events are the most obvious threats, destroying agriculture, flooding homes and businesses and harming communities.

The domestic enemies are those in the media who claim that burning more fossil fuels is just fine and that human-caused climate change is a myth.

The UK could secure a domestic, clean and limitless supply of energy by tapping into the wind, wave and tidal resource that we have in abundance.

Solar and nuclear both play a role. Solar due to their easy small scale installation and rapidly falling costs. Nuclear may be a necessary evil if we can bear the risks of waste storage and proliferation.

Energy efficiency, including residential, commercial and transport initiatives, all play their part in reducing demand as we clean up the supply.

It would support thousands of new jobs domestically, from engineers to construction workers to insulation fitters. It would also help create a valuable new export industry in a global renewable market worth $1 trillion.

Davenport makes the point, ”Instead of relying on rescue from a tanker from far flung places like Qatar or gambling on the hope that we’ll find new unconventional sources of gas, we could become self-sufficient in clean energy. It not only makes economic sense but environmental sense too.”

The year of brownouts, 2015, is the year of the next general election.