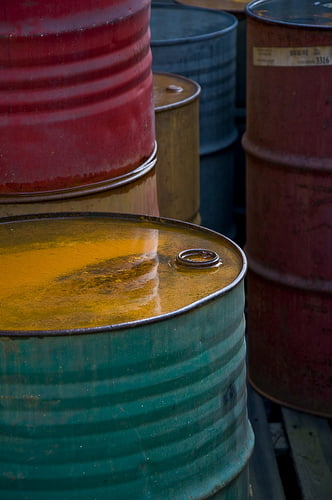 For the first time, the pair were last month included in Ernst & Young’s Country Attractiveness Indices – a rundown of the 40 most attractive places for renewables investment in the world.

Their inclusion marked the beginning of an energy transformation that is seeing many countries in the Middle East and North Africa (MENA) start to tap into their vast clean energy resources, but wind the clock back 26 years, and it was a completely different story.

“We have no aims. We decided the price of our own oil and they decided their own”, the Saudi oil minister said at the time.

In his final month as US president, Gerald Ford, who had lost that year’s election to Jimmy Carter, was quoted by the BBC as saying that the 11 countries that had agreed to an oil price hike had not considered the “destructive consequences of their actions”.

He added, “World prosperity requires a common commitment to the well-being of all peoples and a special sensitivity to the plight of the world’s poorest societies.

“The decision of the OPEC majority clearly does not meet such standards of international responsibility.”

The rift created what is since referred to as the two-tier system. OPEC’s plan was to increase oil prices by 10% at the end of 1976, and then by a further 5% in July the following year. But with Saudi Arabia and the UAE only increasing theirs by 5% overall, the remaining 11 nations decided to sacrifice the second rise “in the interests of unity and solidarity to OPEC”.

Fast forward 26 years, and much has changed in the world of energy. While fossil fuels remain dominant in terms of their role in the global energy mix, investment in renewable energy now outstrips oil, gas and coal investment at a rate of almost 6:1, and in December last year, the trillionth dollar was invested globally in clean energy.

This shift has occurred as more and more investors begin to see the financial risks of investing in finite sources of energy. One of the wisest and most profitable strategies appears is often picking out companies and funds that actively invest in solutions to the energy crisis – renewable energy and energy efficiency technologies, for example.

As it perhaps tries to shake off its oil-rich image, Saudi Arabia has unveiled big plans for renewables, and is planning to generate 100% of its energy from clean and low-carbon sources, according to a member of the country’s royal family.

Prince Turki Al Faisal Al Saud, founder of the King Faisal Foundation – one of the largest philanthropic bodies in the world – said that fossil fuels will instead be used for manufacturing, rather than producing energy.

“Oil is more precious for us underground than as a fuel source”, he explained in October.

“If we can get to the point where we can replace fossil fuels and use oil to produce other products that are useful, that would be very good for the world. I wish that may be in my lifetime, but I don’t think it will be.”

Prince Turki’s call comes after the Middle Eastern country called out for investors for a $109 billion, 41 gigawatt solar project, which would help solar account for a third of Saudi Arabia’s peak power demand by 2032.

While Ernst & Young’s Country Attractiveness Indices continues to be dominated by the likes of China, Germany, the US, India and France (with the UK in sixth place), the first inclusion of Saudi Arabia and UAE is a big step forward for MENA nations’ sustainable energy hopes.

“Emerging markets, endowed with resources and high levels of government support, are already learning from their predecessors’ experiences, with many opting for capacity tenders in favour of financial incentives”, said Nimer AbuAli, MENA head of Cleantech at Ernst & Young.

“Increasing energy demand in these regions has strengthened government investment in clean energy.

“Saudi Arabia and the UAE are supported by strong government initiatives, a proven track record in energy infrastructure, and robust financial markets.”