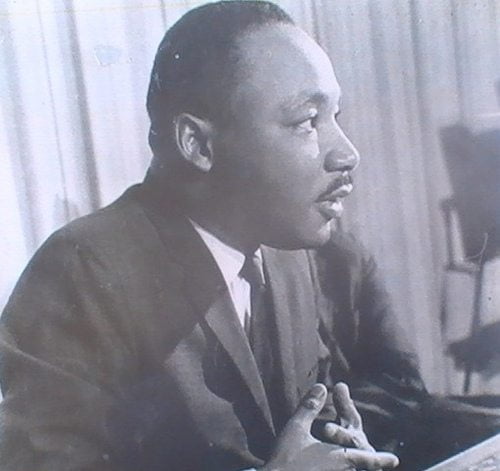 On this day in 1963: Martin Luther King Jr delivers seminal ‘I have a dream’ speech

Fifty years ago today, civil rights activist and clergyman Martin Luther King Jr talked to 250,000 supporters at the Lincoln memorial in Washington, calling for the end of racial discrimination in the US.

His words over the following 15-or-so minutes have since been ranked among the most influential speeches of the modern era, and played a crucial role in changing the face of the US on integration and racism.

Five years later, King was assassinated by James Earl Ray, but his legacy lives on in the form of his activism, and in particular, the immortal words he said 50 years ago today.

I have a dream that one day this nation will rise up and live out the true meaning of its creed: “We hold these truths to be self-evident, that all men are created equal.”

I have a dream that my four little children will one day live in a nation where they will not be judged by the color of their skin but by the content of their character.

King’s address prompted a huge response from many US newspapers, which urged then-president John F Kennedy to push forward the civil rights bill.

The FBI marked King as “the most dangerous Negro of the future in this nation from the standpoint of communism, the Negro and national security”, while other influential and radical black leaders such as Malcom X criticised the speech.

It may be five decades since King spoke to the masses in Washington, but some of the issues he touched up still ring true today. As commemorations take place across the US, many citizens and Afro-American communities feel that King’s dream is yet to come to fruition.

Barack Obama – the first black US president – will speak on Wednesday at the Let Freedom Ring ceremony, hosted by civil rights leaders and the King family. He will offer his personal thoughts on the speech itself, the civil rights movement and challenges that still exist around racism.

Making the dream of ethical investment a reality