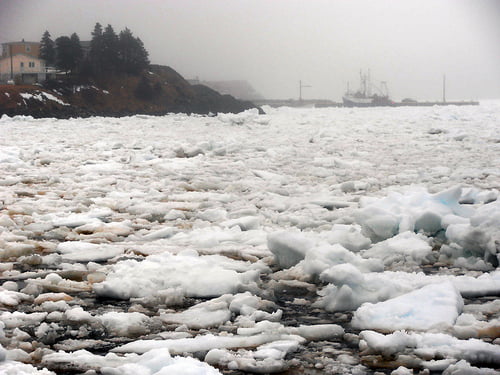 On this day in 2000: first Britons reach the Arctic unaided

After travelling across the Arctic for 70 days in freezing temperatures, 13 years ago today, Alan Chambers and Charlie Paton became the first Britons to reach the geographical North Pole unaided. But a place that was once seen as remote and untouched is today one of the most vulnerable on the planet.

Man has been exploring the Arctic region since the Middle Ages and later in the Renaissance period. More recent explorers include John Ross, a Scottish naval officer who in 1818 tried to solve the problem of the north-west passage by finding a way to the Arctic from Baffin Bay in Greenland.

Many other journeys have been made since then, from people of many nationalities. Thirteen years ago, two British marine commandos reached the North Pole unaided and in an environment where temperatures went as low as -30C.

Despite a hostile climate and freezing temperatures, the Arctic region has been inhabited for thousands of years by different populations. These people learnt how to survive in what is probably the harshest place on Earth.

People have survived living in the Arctic because of their deep knowledge and complete respect for the environment. Even small changes might have meant the destruction of their habitat.

Unfortunately, the western world’s industrialisation has put the region at severe risk. The incessant burning of fossil fuels, which has dramatically increased after the industrial revolution; deforestation; pollution; and – although this is arguably least culpable – the natural course of the climate patterns, have caused an rise of global temperatures.

However, the developed world is not the one directly affected by the changes caused by this warming; at least, not yet.

The most vulnerable regions, like the Arctic, have been worst hit. Scientists have registered a worrying decline in sea ice volume, which dropped by 36% between 2003 and 2012. The effects of the warming are visible as the regions are becoming more adaptable to vegetation that once was only seen further south.

The melting of permafrost is likely to release methane in the atmosphere, which will lead to even more global warming. Methane release has been linked to several mass extinctions in the past, as it is a greenhouse gas 26 times more powerful than carbon dioxide.

Meanwhile, the Arctic Ocean is experiencing rapid acidification –30% higher than before the Industrial Revolution, posing serious threats to ecosystems and indigenous communities.

Although some countries have joined to create the Arctic Circle, an international forum to face challenges related to the region, not enough is being done to protect an area that is literally disappearing before our eyes.

James Balog showed in his documentary Chasing Ice that glaciers are not only melting; they’re melting incredibly quickly.

The victims are the wildlife and the indigenous people. Around 350 inhabitants of the Alaskan village of Newtok are seeing their homes disappear because flooding and ice melt. Other native communities face the same destiny. They will become the climate refugees unless we rapidly change our ways.