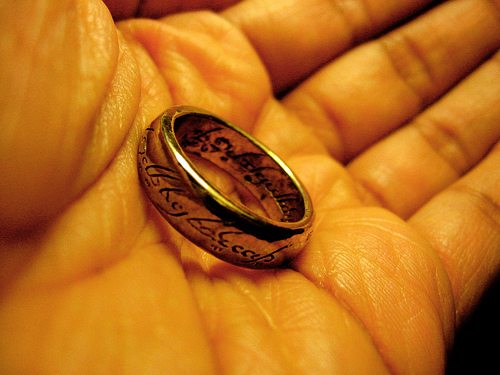 The parliamentary commission on banking standards’ latest report is a bit like reading the first part of The Lord of the Rings. There is incredibly dramatic and beautiful language, and the commission says there’s a long way to go on the quest. I can’t wait for the sequel.

What is clear is that the commission has identified – even if it hasn’t come up with ideas on how to solve them – some of the systemic things going on in banking. It looks at how this needs to be followed up and how this needs to be seen as the start of a process, and not the full stop at the end of the last five years. This is really the start of a new continuous process, and that’s very important. The government must now respond in the right way.

There are a few things that I noted specifically. There’s a lot about individuals within banks being punished. The commission said it wasn’t just one or two bad apples, although it didn’t quite get into the entire mechanics of the disease in the orchard. It talks about punishing bankers for banks that fail – but what about being able to take measures before a bank fails? Regulators should be investigating things like unsustainable lending and high-carbon investments – things that are likely to be limits in the future. But that’s a point for the sequel.

The second point is around leverage ratios and capital ratios. Both are quite hard for the general public to get to grips with, but leverage ratio is like the buffer of capital. The commission talks about it being depoliticised, but what it really means is that needs to be levelled up in order to a) promote stability and b) have a level playing field.

We think there should be strong capital buffers; we think that other banks should be forced to level up by regulators so they are more stable; and critically, we think that financial education is not just about understanding products and best-buy tables. Consumers should be able to walk into a bank and not just ask about the interest rate, but ask about the leverage ratio. It’s about simplifying it and making it more transparent.

Asking local authorities to look beyond credit ratings to the real stability of banks is an excellent measure. That will start to open up the market, especially for local authorities. It should apply to charities and civil society organisations as well – where you want to be able to act in line with values, but there’s this slightly artificial barrier through credit ratings.

Some of the evidence highlighted by the commission shows an awareness of the wider system. It’s not just a few loose cannons acting independently; it’s part of an overall system. In the main summary, the commission says it’s not just going to leave it to institutional shareholders because all they care about is returns for their clients. That was quite scathing.

Until you have an alignment between the sources of capital who really believe that banks should be more than just returns, then those kind of cultural factors will still be reinforced. It’s great that the commission has outlined it, but there needs to be a real review in terms of how those measures are then picked up to stop the same kind of culture developing. The individuals are just a product of other things that live in the system.

There is a really good part in the report about non-executive directors being given this additional weighting to put financial stability above shareholder value. That’s quite radical.

I thought there was a deep irony in the commission’s correct assertion that at the moment, institutional shareholders just act in the pure shareholder value/profit maximisation paradigm. At what point should they also be investigated in terms of their responsibilities? They’re as much part of the system as the non-executive directors and others involved in the governance of banks.

At Triodos Bank and at other values-based banks in the Global Alliance for Banking on Values, it’s much more of a stakeholder model where the people who invest in our capital are in the most part individuals or institutions who are taking a more balanced approach. I thought it was very good in the section on diversity that the commission has recognised that a diverse banking system means different types of banks, not just more of the same types of banks.

There are areas that the commission has outlined for implementation that can be done now. The real challenge for the Treasury, the government and future governments, is really being able to keep the foot on the accelerator pedal in terms of working out how to respond to these deeper system issues which the commission has very ably and articulately put in its report. It made reference to the fact that we’ve been here before.

There have been, through the history of banking and banking crashes and regulation, times where people said, “It’s all different now; it’s all under control.” The commission has recognised that that isn’t good enough, and the key thing that we’d be looking for the chancellor, the Treasury and all of those across the policymaking agenda, is to see how they tackle the systemic issues.

There’s a real opportunity with looking at alternative banking models, like values-based banking. Triodos operates a model where we have a different set of motivations and people come to work for us to do something meaningful in the world, rather than for pure financial reasons. That could be part of the solution of a more systemic nature.