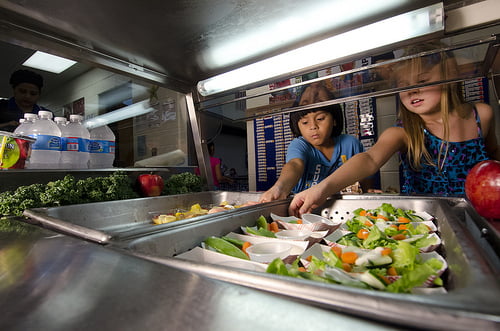 Organic September: good food for all

The third instalment in our series about the Soil Association’s Organic September celebrations sees us explore the notion of ‘good food for all’.

‘Good’ can mean a lot of things. And in the case of the third Soil Association principle that we’re looking into, ‘good food for all’, it has a double meaning.

“We want everyone to be able to access food that is good for them and good for the planet”, reads the organisation’s official website.

And with this mantra, the Soil Association isn’t just reaching out to families and households. Here are some of the groups, organisations and communities that are being targeted to adopt organic food.

The first group is the Soil Association’s Sustainable Food Cities Network, a coalition of public, private and third sector organisations that club together to promote organic food in an attempt to enable widespread change across the board.

Styled in a similar way to the local organic groups from the last principle, businesses and organisations will share ideas and challenges amongst their network, and there are a number of initiatives taking place all over the country.

See the Soil Association’s official page on the matter for more information.

Celebrity chef Jamie Oliver famously made public some of the nasty food served in school kitchens, in his series, Jamie’s School Dinners. But before he had even set foot in a school, the Soil Association’s Food for Life campaign was already well underway.

Led by Jeanette Orrey, the campaign aimed to implement good, organic food ideas into schools across the country, and in 2006 was awarded a £16.9m grant from the Big Lottery Fund to “create a healthy food culture in local schools and communities”.

As children, we’re arguably at our most impressionable. So instilling the notion of good, healthy, sustainable food at an early age is vital if our future leaders are going to adopt the same ethic.

Even before school, though, is nursery, which the Soil Association also targets as one of the key places to serve organic food.

“In many cases, nurseries are providing the majority of their daily food during the working week.

“These children deserve the same healthy nutritious food that is served in schools.”

A recent report conducted by the Soil Association called First Aid for Hospital Food found that many hospitals across the country are striving to serve patients with organic food.

But equally, it also showed that there are some that don’t place the serving of good food as a high priority, with 29% of respondents in a recent survey saying that on occasions, the food was even indistinguishable.

This has to change, and the Soil Association has highlighted local, sustainable produce as the answer to achieving widespread good food in UK hospitals.

Organic September: what is organic?