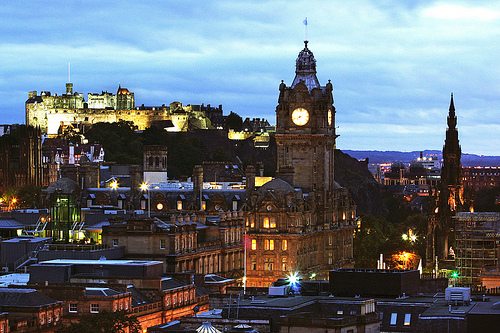 In six months’ time, Scotland will vote on whether it will separate from the UK and become independent. Some businesses have suggested they will leave the country should the population vote in favour of independence. Meanwhile, it remains to be seen how the proposal will affect Scotland’s sustainability.

Those in favour of Scotland becoming an independent country argue that it will give it additional powers to make economic decisions. As an alterative to independence, the Labour party is looking at the options for further devolution of powers to the Scottish parliament.

The Scottish National Party (SNP) has previously spoken out about the challenges an independent Scotland would face, such as debt, inequality and low growth. However, to combat this, Alex Salmond, leader of the SNP, could mobilise and invest in natural resources and build renewable wealth.

Energy secretary Ed Davey has commented that Scotland could face higher energy bills and taxes or cuts to public services if it becomes independent. He argued that Scotland’s energy was subsided by the UK and without the benefit of the UK’s size the country would have to spend a larger portion of its budget on renewable energy sources.

Writing for the Scotsman, Niall Stuart, chief executive of Scottish Renewables, described the next 12 months as “vital” for Scotland’s renewable energy industry.

He said, “The success of recent years [has] seen us invest billions of pounds into Scotland’s economy, finally make some progress on renewable heat and become Scotland’s second source of electricity. But it is clear that we are entering a phase, with harder times ahead.”

Stuart added that the Electricity Market Reform (EMR), which is now reaching the final stages, has brought the biggest shake-up of the renewable energy sector since the dawn of large-scale wind power in the UK and has the potential to have a huge impact, both negatively or positively, on renewables over the next few weeks.

Blue & Green Tomorrow’s Voice of the Financial Adviser survey revealed that 58% of independent financial advisers (IFAs) in Scotland would vote to remain part of the UK, compared to 42% than would vote for independence. When all UK advisers were asked about preserving the union, 78% would vote in favour of Scotland remaining part of the UK.

Businesses and financial service providers, including Standard Life and the Royal Bank of Scotland, have said they would consider moving business operations out of Scotland if the country votes for independence in September.

Julian Parrott, a partner at Edinburgh-based advisory firm Ethical Futures, has called for the debate to look at the wider issues rather than the “negative tit for tat campaign” it currently is. He added, “We need to raise the bar of debate a bit higher.”