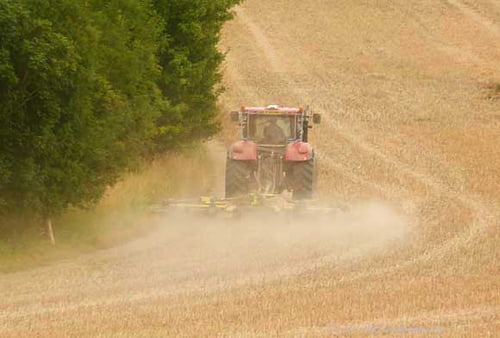 A rapidly growing population is driving the demand for meat and other animal-based products to new heights. Blue & Green Tomorrow takes a look at the UN Food and Agriculture Organisation’s (FAO) efforts to implement solutions to “end hunger and make the transition to sustainable agricultural and food systems”.

In its 2012 report ahead of the Rio+20 Earth Summit, entitled Towards the Future we Want , the FAO predicts that pressure on the world’s agricultural and food systems will peak if the world population rises to the expected 9 billion mark by 2050. Recent current events in agriculture indicate that trend is still relevant today.

“Even if we do increase agricultural output by 60%, the world would still have 300m people hungry in 2050”, says FAO director-general, Jose Graziano da Silva in the report.

Back in May, the FAO hosted a week of meetings among with member countries that make up the organisation’s Committee on Agriculture. B&GT spoke with communications officer Robert Palmer, who said: “The Committee on Agriculture (COAG) takes place every two years to advise the governing council and the director general on the organisation’s programme of work related to agriculture, livestock, diet, nutrition and other critical topics.

“The overarching theme of this year’s COAG session is sustainability”, he adds. “This includes sustainable livestock development, crop production intensification, and the use of land and water resources in a changing climate.

“In addition, there are discussions on updating the international code of conduct on the distribution and use of pesticides and improving statistics for food security, sustainable agriculture and rural development.”

Human beings are at the centre of concern for sustainable development. They are entitled to a healthy and productive life in harmony with nature. – Rio Declaration, 1992

A growing divide is emerging. The FAO believes that while traditional farmers and smallholders (the primary support for local livelihoods and food security) risk marginalisation, large-scale industrial producers are overtaking in the race for public and private investment.

Three major areas require the attention of all stakeholders: harnessing the potential for a growing livestock demand to alleviate poverty and improve food security; increasing the sustainability and financial wealth of natural-resource use; and improving efforts to manage animal diseases.

“All actors – industry, governments, international organizations, NGOs and others – have an important role to play”, explains Palmer, emphasising the strong linkages between resilient and productive ecosystems, and responsible environmental stewardship.

“FAO is in a unique position to provide a neutral forum for consultation, research and analysis in order to make the best use of resources while minimizing wastes throughout the production chain.”

In an effort to “close the efficiency gap” in natural resource use, FAO launched the Global Agenda of Action in Support of Sustainable Livestock Development. The objective of the workshop was to create an inclusive international forum on realising the change that is necessary in the livestock sector.

This week, sustainability again claimed the overriding theme at the World Meat Congress in France. More than 700 delegates from around the world were told by the new French agriculture minister, Stephan Lefoll, that the IMS Sustainability Committee has been working closely with the FAO, particularly in matters of cattle breeding.

The organisation’s previous work with egg, poultry and dairy industries has addressed livestock’s 40% contribution to the global value of agricultural output, and its vital support of the livelihoods and food security of almost a billion people. Now, it’s the turn of the meat industry to find sustainable solutions.

FAO believes that feeding an amplified population without marginalising access to food is possible. The agriculture issues raised over the last couple of months depend on crucial decisions made at the Rio+20 conference in less than two weeks’ time.