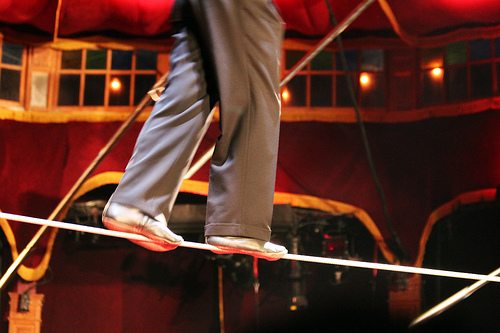 Seb Beloe of WHEB Asset Management argues that the Church of England should focus its energy on the growth markets of the future, over its current negative screening policy that allowed it to invest indirectly in payday lender Wonga.

It is not often that ethical investment features on the front page of the Financial Times, but the critical comments made by Justin Welby, the 106th archbishop of Canterbury, on the activities of the so-called payday lender Wonga, followed by the revelation that the Church of England itself has a small investment in the business, catapulted the practices of the ethical investment industry into the full glare of the media.

The Church of England has been here before

This isn’t the first time either that the Church of England has been criticised over the nature of the investments carried out by the Church Commissioners, which manages the Church’s investment portfolios.

Welby’s predecessor Rowan Williams was caught out after criticising hedge fund managers when it was revealed that the commissioners had a significant holding in Man Group. And perhaps most memorable of all was the comedian Mark Thomas’ lampooning of the church’s investments in engineering and arms manufacturer GEC in the late 1990s.

Negative screening of the type employed by the Church Commissioners is a difficult area that requires considerable skill and judgment. “Life is not perfectly good or perfectly bad”, Edward Mason the secretary to the Church of England Ethical Investment Advisory Group is reported to have said. “Everything is a mess.”

Implementing an ethical policy shouldn’t be a mess –there are plenty of high quality investment firms that do an excellent job in clearly articulating, communicating and applying strict ethical policies.

But where Mason is right is in highlighting the complexity that accompanies deep analysis of ethical investment.

Do you avoid companies that have any contracts with the military if you are uncomfortable with weapons manufacturing? Does this extend to service providers responsible for cleaning military bases? Should hotels that provide pay-per-view pornography be blacklisted – or for that matter data centres and mobile telephone companies that provide the networks through which pornography is transmitted?

And this isn’t a static agenda either; tax avoidance wasn’t a high profile issue 18 months ago. It certainly is now. Is screening out companies with 25% of revenues coming from payday lending the appropriate threshold? Or should it be 3%? Deciding where to draw the line certainly is ‘a mess’ and for a high profile organisation like the Church of England one that is fraught with risk.

The root of the problem with negative screening is that it imposes what is perceived to be a constraint on the ability of investment managers to do their job effectively. It is not entirely clear whether this is actually the case, and there is a huge amount of conflicting research on this point.

Nonetheless, because negative screens are often perceived this way, investment managers are often keen to ensure any screens that are applied are not so strict as to overly obstruct their activity. As a consequence, where this is the approach, conflict inevitably lies at the heart of the investment process.

An alternative way of addressing the church’s concerns is to focus instead on industries whose purpose is inherently positive. As one commentator quoted by the BBC put it, “What we do with our money is […] part of how we follow Jesus’ example of siding with the poor and actually put our money into things like renewable energy, social housing, things that, in itself, will help society.”

By focusing on ‘good’ industries involved in environmental remediation, clean energy, air and water, education and healthcare you avoid the worst pitfalls associated with the ‘sin’ industries that so often trip up the ethical investor. There are still questions as to the standards of how these businesses operate and delicate judgements as to what industries should be considered ‘positive’, but this approach eliminates the inherent conflict between negative screens and investment.

As the church knows only too well, many social and environmental problems are getting worse and the world needs more solutions. Companies supplying these solutions as a whole are growing faster than the broader market.

Surely, instead of wobbling along an ethical screening tightrope based on what proportion of revenues from pornography, weapons or usurious lending is considered acceptable, the church and other ethical investors should be focusing their energies on the growth markets of the future and investing in companies that are doing well by actively doing good.

Seb Beloe is a partner and head of sustainability research at WHEB Asset Management. This article originally appeared on WHEB’s blog.