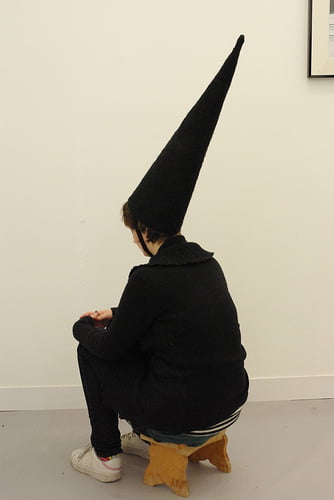 In the spirit of media harmony that heralds National Ethical Investment Week, the Investors Chronicle chose to run an article headlined, “Why investing in ‘good’ funds could ruin your returns”. Simon Leadbetter addresses a spectacular case of ‘missing the point entirely’.

In a headline and first paragraph pairing that would put journalists at The Sun to shame, Katie Morley of the Investors Chronicle provides a masterclass in how to mislead a reader. The headline to this article rather depressingly reveals the prejudice of the writer before we even start. She compounds this by setting up straw men such as, “Would you risk investment returns on your hard-earned cash to make a small positive difference to the world of businesses?” The obvious answer to this question is, “No Katie, because I’m not an idiot.”

She completes her first paragraph with a call to action against ‘good’ funds: “You should steer clear of ‘ethical’ funds, advisers are warning.” Reading the whole article, you will see that no, you shouldn’t and no, advisers don’t.

Morley then reveals her own confusion and states what to us is bleeding obvious: “Everyone’s concept of ‘ethical’ is different”. Yes it is. Of course it is, Katie. Global history rather points to that being a truism. However, the point of ethical investing is to ask the questions in the first place, both as an adviser and investor and allowing the investor to make an informed choice. If you hold a moral viewpoint or support a particular ethical cause, you might be bothered if the fund you had put money in invested in companies that actively work against your values.

Looking for a scandal that just is not there, Morley then expresses her concern that we might be surprised “to learn that the majority of ethical funds invest in major banks, as well as oil companies.” If you are surprised, then your IFA has not been doing their job properly. While she recognises these “industries have earned a distinctly ’immoral’ reputation in recent years”, she doesn’t seem to care that people would be surprised they are investing in them. Banks and oil companies are a reality. Reducing their share in a portfolio or fund can be a positive step to creating a more balanced approach.

Not letting her prejudice hide for one minute, she explains to us that, “More predictably, ethical funds do tend to exclude stocks with exposure to other ‘unethical’ industries such as fur, tobacco and alcohol.” Why is that wearily described as more predictable? Of course it is predictable, Katie. People with certain ethical views tend to object to killing animals for fashion, killing people in countries with poor public health or education programmes through promoting smoking and the less than savoury marketing techniques of the drinks industry.

Hollands says, “During tough economic times, people still smoke and they still drink, meaning ‘unethical’ companies, despite damaging other people’s health, are defensive assets that will actually protect your portfolio. Ethical companies such as wind turbine and solar energy producers look the most flimsy during a recession, which is not very reassuring for private investors.”

OK, that’s alright then. So, if you’re dying of lung cancer, cyrohsis and maybe even campaign against smoking and excessive drinking, you shouldn’t let the little fact that your pension is invested in these companies bother you. Really Jason, really? “…despite damaging other people’s health.”  Does anyone else hear the terrible silence of a moral vacuum that impoverishes our society and capitalism more generally?

Morley adds a specific dire warning: “The approach ringing the most alarm bells is called ‘negative screening’, whereby ‘bad’ companies or entire sectors are banned from the fund’s portfolio. Everyone we spoke to said this exclusionary method could strangle your returns and send your investment risk through the roof by killing diversification. So if there’s anything to avoid like the plague, it’s funds deploying this strategy.”

No Katie, no. If you are genuinely concerned about the global issues caused by weapon proliferation, gambling, pornography, smoking, animal testing and alcohol abuse, you probably don’t want to invest in companies engaged in those activities. Colloquially they are known as the sin stocks. The line, “everyone we spoke to”, is a deeply misleading phrase akin to the pub favourite, “everyone knows”. One thing you can be certain of is that anyone who enlists ‘everyone’ to their cause is speaking only for themselves. From what we can see, she didn’t speak to anyone who was very informed on the issues involved.

She states that, “Negative screening is badmouthed even by ethical investment experts themselves.” Negative screening is obviously right for some with strongly held views, and is very rarely badmouthed by advisers who genuinely care about their clients’ concerns and values.  Sadly, many IFAs don’t care at all about their clients’ values and are more concerned about commissions and fees. This is despite the Financial Services Authority issuing guidelines on fact checks that advisers should take into account the beliefs and views of an investor.

Morley goes on to say that there is a better way (phew!) in the shape of positive screening, “whereby funds mangers pick the companies they believe are the most ethical”. That’s not quite right Katie, but we’ll let it pass.

This is backed by David Harris, manager of the FTSE4Good index and vice-chairman of the UK Sustainable Investment and Finance Association (UKSIF). Lost in several fact-free paragraphs that precede this, he actually points out that, “Investing with ethics in mind can reap rewards in the form of returns, claiming all but one of the environmental FTSE indices has outperformed equivalent ‘non-ethical’ indices.”

Hold on. “All but one of the environmental FTSE indices has outperformed equivalent ‘non-ethical’ indices”. Let’s refer back to the article’s headline: “Why investing in ‘good’ funds could ruin your returns”.  How do these two points tally? They don’t, basically.

Morley concludes that, “Off-the record, advice from most of the advisers we spoke to goes as follows: If you care about a cause enough that you would stake your money on it, positively screened ethical funds are worth a look. But if you want to keep your nest egg safe, giving to charity or buying ethical products – such as fair trade coffee – will put your money to just as good use, without the risk.”

Unable to put anyone on the record (despite the gratuitous use of ‘everyone’ and ‘most’) and allowing her own prejudice to cloud her judgment, she presents the contradictory view that we should give to charity, ignoring the fact that companies we invest in may be directly undermining the work of the charity we support. Katie, charitable giving in the UK was £11 billion in 2010/2011 (NVCO/CAF) and assets under management was £4.2 trillion (IMA). Charity isn’t going to address the issues created by what we invest in. For every pound of charitable giving, £382 is assets under management.

As for, “Buying ethical products – such as fair-trade coffee”, according to the Co-operative, the size of the ethical goods and services  market in the UK is £47 billion, with fair trade representing £1 billion. All minnows compared to the £4.2 trillion assets under management.

This is a fundamentally flawed, fact-free and misinformed opinion piece masquerading as journalism. We really would expect better from the Investors Chronicle. A better headline would be “Why investing in ‘unsustainable’ funds could ruin your planet and your children’s future.” However, we are not entirely sure Morley has done her research, knows enough about the subject, or can even hide her prejudices enough to write that particular article. Must try harder, Katie.