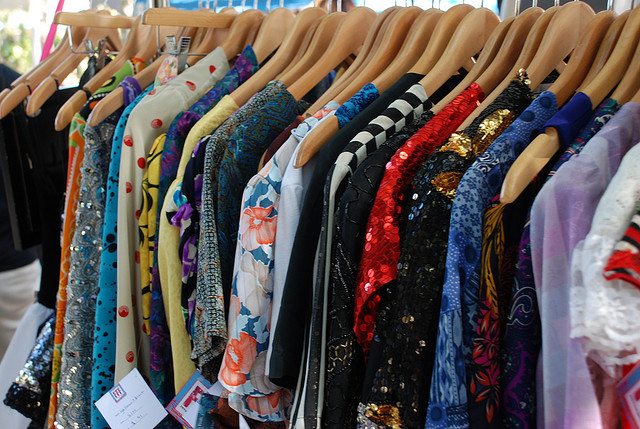 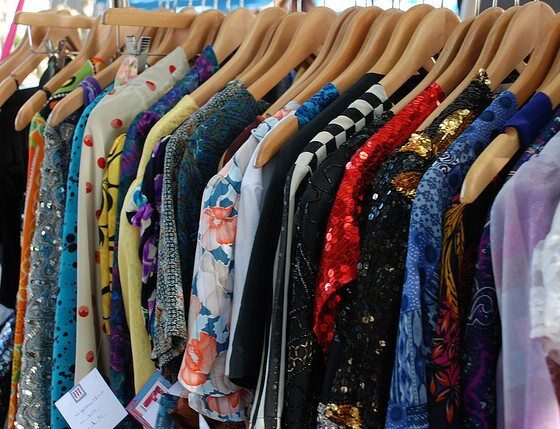 The question to kickstart a fashion revolution: who made your clothes?

Consumers are being challenged to ask and think about who made their clothes and the impact their purchasing decisions have around the world. The first Fashion Revolution Day, on Thursday April 24, also marks the first anniversary of the Rana Plaza factory collapse in Bangladesh. It calls for a more sustainable fashion industry.

The campaign seeks to highlight the many issues within the sector, from exploitation to pollution and demand greater transparency.

Carry Somers, co-founder of the event and pioneer in fairtrade and ethical fashion, said, “Fashion Revolution Day is a global movement. We have created a worldwide platform, which we can all use to ask questions, raise standards and set an industry-wide example of what better looks like. By celebrating best practice, we can change lives.”

The event aims to showcase “realistic sustainable solutions”. In order to do this, the movement is made up of designers, brands, retailers, producers, academics, organisations and charities that know the“pressures and complexities” of the fashion industry.

Each year it will focus on a one of the fashion industry’s most pressing issues, with the first year looking at where our clothes are made and the impact this has. It aims to challenge brands and retailers to take responsibility for the individuals and communities that make their clothing and urges shoppers to put pressure on the industry.

“We need to re-establish the broken connection in the supply chain because greater transparency is a prerequisite to improving conditions.”

The lack of knowledge around where clothing for the western world is made means that many in the developing world are left in poverty and at risk. Whilst shoppers know of the poor conditions there is often a disconnect between their values and their purchasing habits. Fashion Revolution Day is designed to change this by rising awareness and making people look at their decisions.

“We don’t know the true cost of the things we buy. The fashion industry supply chain is fractured and producers have become faceless. This is costing lives. All over the world, people are suffering and our environment is at risk as a result of the fashion supply chain,” Somers explained.

War on Want, a group campaigning against poverty in developing countries argues that garment workers pay a high price to produce cheap clothes for the UK high street. A 2011 report from the group found that a garment factory helper’s wage in Bangladesh starts at just £25 a month, with sewing operators earning £32 a month – far below a living wage.

In addition, 80% of workers work until 8pm or 10pm, after starting at 8am – in excess of the legal limit on working hours. Three-quarters of the female workers the group spoke to also state they have been verbally abused at work while half had been beaten.

In Bangladesh, over three million people, 85% of whom are women, work in the garment industry. The figure demonstrates the size of the problem and shows how whole communities can be affected by poor working conditions.

A separate study, produced by War on Want in 2010, focuses on the garment industry in India, highlighting how widespread the problem is. Indian factories were found to be deeply reliant on the sweatshop model of production, with more than half of workers unable to meet production targets. The report added that in one factory the target was to produce 20 ladies’ shirts every hour.

The group acknowledges that initiatives for improving the rights of overseas workers are being implemented but argues not enough has been done within these mechanisms. The organisation has called on the UK government to regulate the operations of its companies, both in the UK and overseas.

It added, “Retailers cannot continue to pay lip service to corporate social responsibility whilst engaging in buying practices that systematically undermine the principles of decent work.”

Exactly a year ago, the Rana Plaza factory collapsed in Bangladesh, killing 1,129 factory workers. The tragedy hit headlines around the world and highlighted the poor working conditions many of those in the developing world face.

The factory manufactured apparel for a number of western brands including Primark, Matalan, Mango, Bonmarche and Walmart, providing a clear link between western shopping habits and the conditions of overseas workers. The tragedy led to intense criticism and offered an opportunity for consumers to voice their concerns, challenge retailers and demand change.

Somers added, “Rana Plaza has opened up a policy window for significant change in the sector. Whilst this is a symptom of the problem, it gives us an opportunity to set a new agenda and overcome the causes.”

In response to the accident a new Accord on Factory and Building Safety in Bangladesh was created, which 38 companies signed. The five-year legally binding agreement means that signatories must maintain minimum safety standards in the textile industry in Bangladesh.

As of October 2013, 1,600 factories were covered by the Accord, representing around a third of the textile industry in the country.

Speaking to Ethical Consumer for its fashion industry guide, Jyrki Raina, general secretary of the international trade union IndusriALL, said, “There’s no doubt, it’s a gamechanger. Never before has such an agreement been signed, with co-operation between so many stakeholders, with such stringent enforceability.”

He added that the first reports are now available online, including photographs of the factories, and that a “leap forward” has been made in terms of transparency as well, with brands now disclosing their suppliers.

Supporting Fashion Revolution Day can raise awareness and bring about further change that is much needed in order to create a sustainable and fair clothing sector.

Somers said, “Our vision is simple – we believe in a fashion industry that values people, the environment, profit and creativity in equal measure, and it is everyone’s responsibility to ensure that happens.”