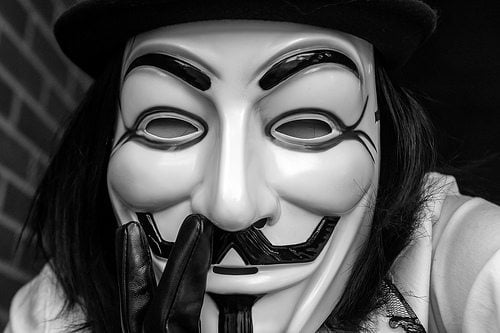 With Blue & Green Tomorrow celebrating its third birthday, former editor Rich Whitworth writes about getting our voices heard as we enter a period of dramatic change.

I was floored by Jeremy Paxman’s interview with Russell Brand on Newsnight. Not because the argument was new ­– as previous editor of Blue & Green Tomorrow, I’ve heard it all before. I’ve had the argument before – perhaps whilst sat next to some well-to-do at an event that, in hindsight, I’ve no real business attending.

No. What raised the hairs on the back of my neck was the fact that this particular argument was broadcast over the airwaves and shared on countless social media sites. It got me wondering: could this be the tipping point? (Anyone who hasn’t read The Tipping Point: How Little Things Can Make a Big Difference, let me introduce you). “Emotion is contagious.”

I don’t celebrate Guy Fawkes night in the way it is intended. I consider it a memorial service. And I generally like to dust off my copy of V for Vendetta.

“Since mankind’s dawn, a handful of oppressors have accepted the responsibility over our lives that we should have accepted for ourselves. By doing so, they took our power. By doing nothing, we gave it away. We’ve seen where their way leads, through camps and wars, towards the slaughterhouse” ― Alan Moore, V for Vendetta.

I wondered if Brand’s (or Paxman’s) timing was opportunistic or accidental, as “revolution” was bandied between them. A Bonfire night hot potato.

Brand was seething and, like anyone in the throws of genuine vitriol, could not help but repeat the main points of his ire; that a truly democratic political system:

A surprised and unusually defensive Paxman, in the face of such an onslaught, could do little other than counter with his own repetition:

And there, in that lavish (and thusly inappropriate) hotel room did these two unlikely exponents of modern-day politics quip and counter-quip their way through beards and drug addiction and the unfairness of the sociopolitical Eton mess we find ourselves in.

All very exciting, passionate and entertaining in a way that real life politics finds impossible to mimic.

The question “to vote or not to vote” has long been on my red wine-fuelled debate inventory. I haven’t voted since my naive university days for the very reasons that Brand so excellently raises. But what is more exciting are the rumbling undertones of revolution beneath his – and to a less public degree my own – unwillingness to partake in a system that we feel is inherently corrupt, predominantly serving the very evils that Blue & Green Tomorrow fights against.

You may or may not like Russell Brand with his crazy hair and irreverence. You may or may not agree with some or all of his points. But the expression on Jeremy’s face when he realised that Russell was entirely serious and entirely devoted to fighting against something he believes to be so unjust? That really says it all.

Why do you vote? What makes you angry? How far can you be pushed before you fight for change?

Rich Whitworth is the editor of the Analytical Scientist, and was the second editor of Blue & Green Tomorrow.