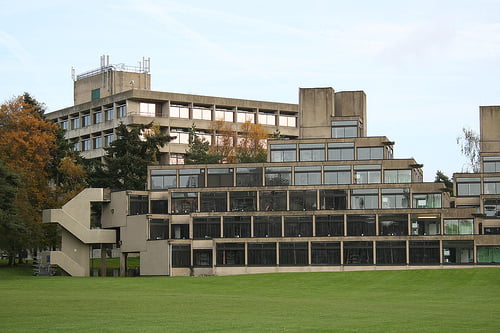 The Tyndall Centre: uniting specialism and expertise on climate change

Blue & Green Tomorrow spoke with Asher Minns, communication and centre manager at the Tyndall Centre for Climate Change Research – a partnership of eight UK universities that are sharing expertise to develop responses to climate change.

Climate change will impact all aspects of society, the economy and the environment. And whilst the headlines may be grabbed by the latter, it’s arguably in the first two areas where it represents the biggest dangers.

Recognising the overarching risk posed by global warming, scientists led by the University of East Anglia (UEA) formed the Tyndall Centre for Climate Change Research in 2000.

Made up of eight UK universities, the project aims to “bring together all these different partners and universities to form one organisation that does interdisciplinary research into what to do about climate change”, says centre manager, Asher Minns.

“The reason we do interdisciplinary research is because climate change isn’t just an environmental problem.

“It isn’t just an economic problem, it isn’t just an international development problem and it isn’t just an issue of social or physical engineering, so we bring together these different disciplines and expertise under one organisation to research what to do about climate change.”

Other members as well as UEA include Manchester, Newcastle, Southampton, Cambridge, Oxford, Cardiff and Sussex, with each bringing a ‘specialist subject’ of sorts to the research table. These include energy (Manchester), urban engineering (Newcastle), psychology (Cardiff) and sea level rise (Southampton).

“They’ll be very good in a particular field, and so what the Tyndall Centre is doing is mapping together the best universities so that we are doing research that isn’t just siloed out of one academic paper about one academic aspect.

“There’s a much bigger picture from doing interdisciplinary, integrated research.”

With its comprehensive approach to climate change research, and the fact that it is tackling the issue from many angles, the Tyndall Centre has acquired a respected image within academic circles.

Named after 19th century Irish physicist, John Tyndall – who’s famous for his work around diamagnetism and thermal radiation – for the first 10 years of its existence, the centre received all its funding from the UK Research Councils, but is now backed partly by research grants, and partly by the universities themselves.

Its work around climate change is considered by some as contentious. Minns says he doesn’t believe there to be any doubt that the climate is changing, but instead, the debate has moved onto how much, how soon and what it means.

“The Intergovernmental Panel on Climate Change has over time gone from being quite a cautious organisation to being very strong and saying that climate change is happening and that it’s definitely got man’s footprint right in the middle of it”, he outlines.

“You also have the fact that there is lots of policy moving in that direction, and though you can never say that one extreme weather is due to climate change, there is an increasing likelihood that there are particular weather patterns that are only explained if you factor manmade emissions into the calculations.

“So, for example, the 2003 European heat wave can only be explained if you put manmade emissions into the model.”

Avid readers of Blue & Green Tomorrow will have seen the piece we published about climate sceptic Telegraph blogger James Delingpole’s callous remark about the wind farm industry, which escalated on Twitter into a debate about climate change.

“I don’t think I have to tackle sceptics and deniers”, says Minns.

“There has always been ‘flat-earthers’, and they’re driven by politics or ideology, and not by the science, the research or an accepted evidence base.

“[With regards to Delingpole,] what are his qualifications? How much research has he done? How many universities has he worked with? How many climate change experts does he debate with? Who reviews his work? Who scrutinises his research? Or does he just upload his personal opinion onto blogs?

“I don’t ignore sceptics, but I don’t take them very seriously.

Whilst the Tyndall Centre’s work ought to be praised, there needs to be strong governmental and policy support in order for it to be fully appreciated. Despite the fact that we’re yet to see any compelling evidence that the UK’s “greenest government ever” is in fact just that, Minns says that in the field of climate change research, the UK is one of the leaders.

The Tyndall Centre’s vision is simple: “To be an internationally recognised source of high quality and integrated climate change research, and to exert a seminal influence on the design and achievability of the long-term strategic objectives of national and international climate policy.”

The job it’s taken on isn’t an easy one. But through the continued cutting-edge research techniques displayed by the UK universities that make up the centre, it remains at the forefront of researching a societal, environmental and economic shift that is not only necessary, but essential for the long-term future of the planet.

Is there a scientific consensus on global warming?