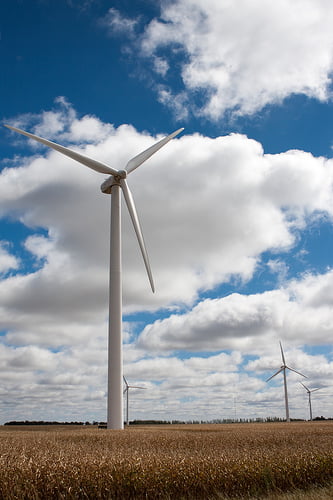 Details of an energy poll conducted by YouGov were released in October, and appeared to give an “unequivocal vote of confidence” to the renewable energy industry.

Some 55% of the 1,734 people surveyed thought wind power should play a more prominent role in the UK’s energy mix, while 14% said its contribution should remain the same.

In the same poll, solar power and nuclear also received similarly positive backing, while fossil fuels – oil, gas and coal – appeared to flounder, with a minority of respondents displaying allegiance to each.

This poll, along with an American one conducted on behalf of solar developer Sungevity, show that public support of clean energy is extremely high, and suggests that government policy must be the biggest stumbling block stopping the sector from thriving.

Blue & Green Tomorrow’s resident data visualisation guru Ben Willers has dug into the YouGov data and produced the following infographic to show the UK public’s opinions on energy – broken down by their location, age, social grade, gender and political affiliation. 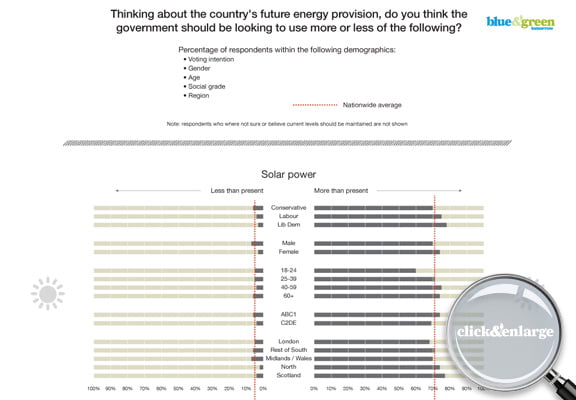 The UK national average is shown by the red dotted line, and there are some interesting trends when you study the infographic carefully. So please take the time to indulge yourself into the data, and feel free to share with friends, family and colleagues.

Does the infographic reflect your own opinions on each technology? Let us know either way.