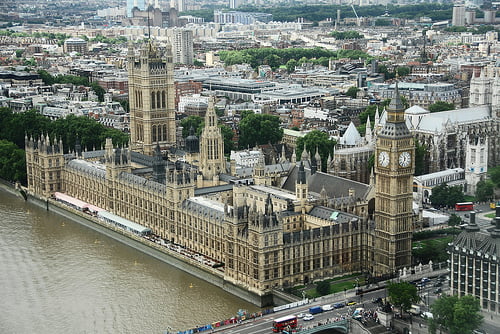 Chris Farrell reflects on the government’s energy bill, and sets out why he believes a change is needed in order to tackle one of the biggest problems facing Britain today: fuel poverty.

Over a week later and I am still stunned, bemused and concerned by the government’s so-called energy policies. It was always my understanding that a government is elected by the people to look after the good of the people in a socialist society, but recent announcements are forcing me to rethink my view. The ‘green’ levy, for example, is a case in point; how can the government justify the introduction of additional taxes which will push households’ fuel bills up still higher?

The bill has been presented as an attempt to encourage investment in low-carbon power production. Funding will come from the levy which will rise from £3 billion to £7.6 billion a year by 2020 to support nuclear and renewable energy production. The big, energy-intensive companies may be exempt from any additional charge, however, because that might slow down progress. Instead, it’s the consumer who’ll bear the brunt, with energy companies licensed to increase household bills by about £100 a year on average by 2020. Sorry, but I fail to see the logic in this. Has the government chosen to forget the very real problem that is fuel poverty, or its responsibilities and obligations to the whole of society?

In case anyone needs reminding, there are now reportedly one in four households in England and Wales in fuel poverty, who will be forced this winter to choose between heat and food. The government has a statutory duty to eliminate fuel poverty by 2016, yet the number affected has risen this year to over 5m households in England alone, all spending 10% or more of their income on warmth and light.

Earlier in the year, rather than putting pressure on the energy firms or promoting affordable energy efficient measures that would greatly reduce fuel bills, the Department of Energy and Climate Change (DECC) instead proposed adopting a new definition of fuel poverty that would conveniently halve the number of households defined as being in fuel poverty. Isn’t that called massaging the figures – and isn’t that the same approach they took to tackling unemployment?

And now, as temperatures drop sharply and the long winter and its associated hefty fuel bills lie ahead of us, the government chooses to announce its new system of taxes upon taxes that yet again will hit hardest the most vulnerable in our society.

What vexes me most is that there are simple ways to help families cope with winter fuel bills – and that approach is called energy efficiency. My company is just one British organisation that has been designing energy efficient heating solutions for years in the knowledge that energy efficiency is the cost-effective, affordable route to energy savings. It’s the practical, pragmatic approach that will bring important savings fast.

Take the boiler as an example. Most homes still use a boiler to heat not just their homes but their water. If you were to add an energy saving device like the Zenex GasSaver to A-rated boilers, your now ‘super condensing’ boiler could also preheat the water for your washing machine or dishwasher. So, in real terms, for every kilowatt hour (kWh) of energy saved through an energy efficiency measure like this, you reduce by around 5kWh the need to generate the energy from a power station.

David Cameron talks of the need for entrepreneurs to take this country forward and assure us of a seat at the world table. Well, as far as energy efficiency is concerned, we already have world-leading, ground-breaking British technology that brings proven energy savings. What we don’t have is the government’s support to make it mainstream.

“What about the green deal?“, I hear you ask. Well, interestingly enough, there wasn’t a rush from householders to buy into this complicated scheme. Unsurprisingly, October’s shambolic attempt at a launch resulted in zero take up. Perhaps it was a deliberate fudge on the part of the government, a deliberate ploy to go for a ‘soft launch’. After all, no one could describe the green deal as exactly well thought through. Worryingly, the government seems no clearer as to how it should address the lack of interest its green deal has aroused, although it is keen to assure of the momentum it is building ahead of its full launch on 28 January and the taxpayers’ money it has put aside for publicity purposes.

As for the government’s energy policies, Greg Barker spoke of the energy bill as “the most ambitious approach to demand reduction we’ve ever seen in the UK” but was there is a worrying absence of details as to how it will go about encouraging energy efficiency.

At the risk of repeating myself, the technology already exists to rescue the millions now in fuel poverty. It’s time for the government to consult with the people who understand the industry. It’s time to support instead of block the entrepreneurs and innovators who, with government support, can bring about real change. It’s time for government to act in the interest of the whole of society.