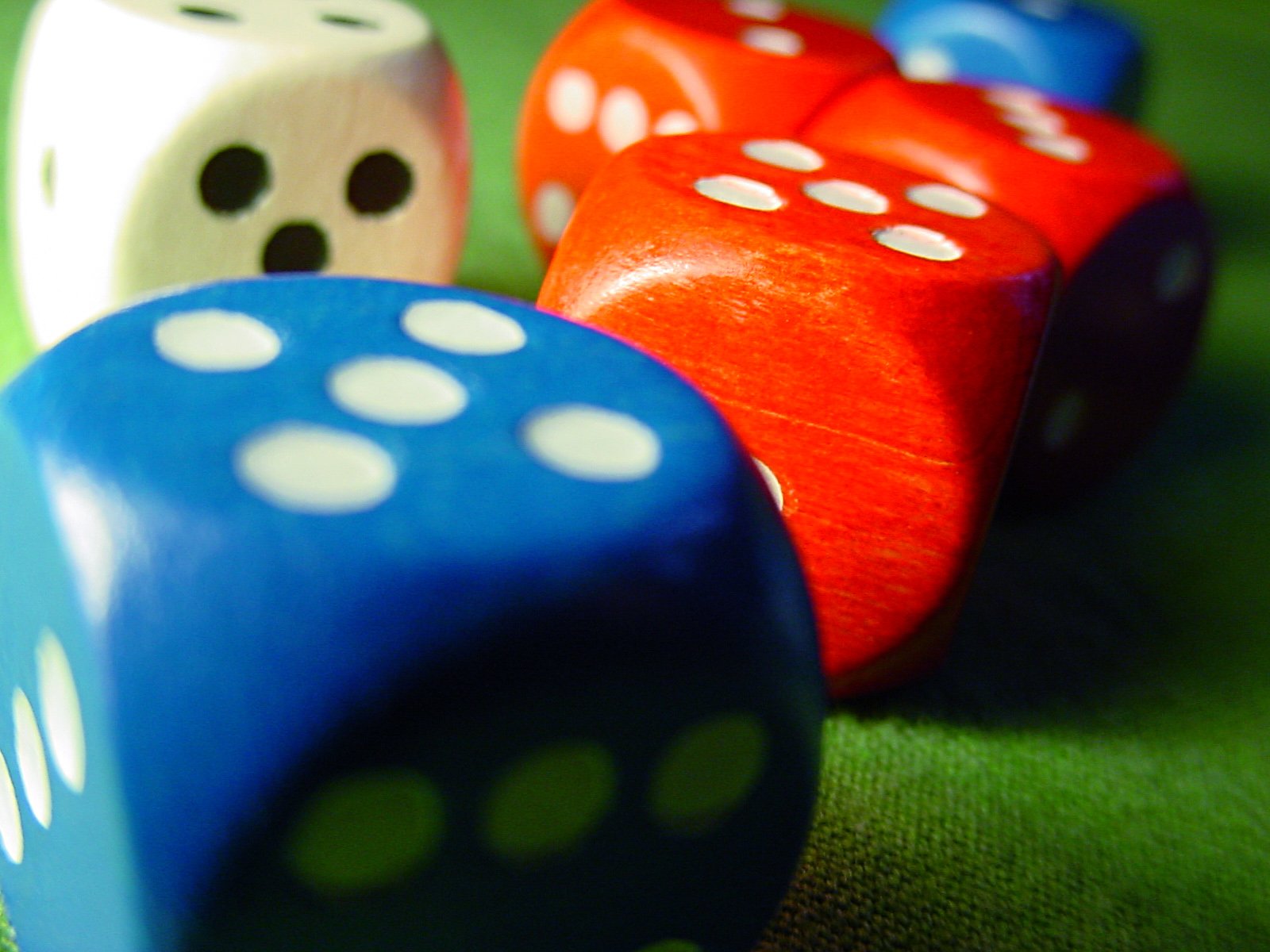 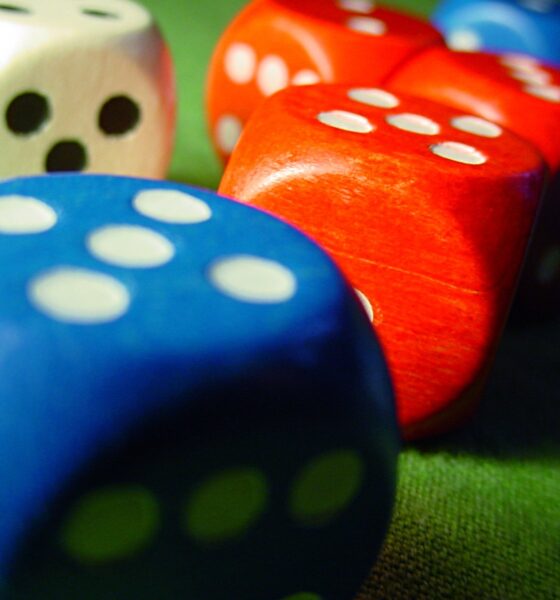 In 2009, business secretary Vince Cable said, “Investment banking has, in recent years, resembled a casino, and the massive scale of gambling losses has dragged down traditional business.” Having worked in both investment and bookmaking, gambling is simply more transparent, straightforward and honest.

Cable’s statement provoked disgruntled mutterings from investors and investment professionals. However, what is gambling but the wagering of money on an event with an uncertain outcome with the primary intent of securing additional money?

While investment has the expensive veneer of complex jargon, better architecture and far superior tailoring, it fundamentally remains wagering money on the probable performance of a stock or company with the primary intent of securing a healthy return on investment. In a word: gambling.

Those who argue that this is not the case – the perennial, “stock investment needs time, patience and fund management skills, all of which is not gambling” – have not spent enough time in the company of serious gamblers, who spend years mastering their trade, studying form and understanding the mathematical nature of some games of risk. The drunks in the betting shop or the once-a-year flutterers on the Grand National are not ‘gamblers’.

That said, it is probably the implied charge of opaqueness, complexity and dishonesty that will cause the most outrage. Yesterday we reported on the anniversary of the True and Fair Campaign which wants greater transparency on investment charges.

It found that 58% of investors are unaware of the cost and charges on their investment products. Between 2001 and 2011, 80% of funds had raised them, while 68% of active funds charge an identical fee, which smacks of cartel behaviour. In 2009, the UK had the fourth highest total charges of 19 countries and, weighted by assets, UK funds charged 79% more than US funds. Although we struggled to pin down all the sources and dates of some of these statements.

Creaming off substantial charges on the amount invested and then on the returns delivered is clearly a win for the investment manager, but not necessarily for the investor.

We have also covered the FairPensions study that ranked ethical funds on their responsibility. The critical but welcome research demanded more transparency, more aligned screening and greater investor engagement on the part of ethical funds.

We challenged the report on simply profiling ethical funds. The demands above should apply equally to the whole market; not just ethical funds.

We went on to suggest that when it comes to transparency, the whole sector remains opaque. This includes reporting all the companies invested in, the frequency of that reporting (every six months) and that most results are reported in inaccessible PDFs rather than in easy to access digital tables.

Morningstar, FE Trustnet and Interactive Investor, amongst others, all offer useful tools for understanding fund approaches and performance, but with 3,000 funds to choose from, very few people have the time to dig through the volumes of data.

It often seems that the industry has deliberately created complicated products to maintain a high power ratio with customers. If you do not understand a product but need the return it delivers, the provider has all the cards. Gambling reference intended. In attempting to explain all the risks of investing, they either discouraged saving and investing or wrote gibberish. This allowed them to push the less affluent, less well advised into lower returning, execution-only products.

This has clear benefits for financial professionals who can help investors make choices that are more informed without holding PhDs in investing. That said, we once asked a financial adviser to explain what a bond was in layman’s terms, to which this eminently qualified adviser replied, “It’s a bit complicated.” With the arrival of the retail distribution review, which makes charges for advice more transparent – in itself a good thing and better than opaque commission – more and more people will not be able to afford advice.

This ‘advice gap’ has grave consequences for savers and investors, especially when you consider nearly a half of the UK workforce is not saving enough for retirement. The industry is doing nothing to create simpler, high return propositions.

When it comes to honesty, many would trust a bookmaker over an investment manager.

Trust is essential for markets to function. Trust is only ever built on a foundation of honesty. Fundamentally, most people are honest. It is how our society functions with fewer than 140,000 police officers in a country of over 60 million. A very thin blue line indeed.

Poor performance, mis-selling (essentially a weasel term for fraud), high charges and passing the costs of massive corporate failure onto the taxpayer, have eroded trust in financial services to breaking point.

Excellent research by the Department for Business, Innovation and Skills (BIS), the Association of Independent Financial Advisers (AIFA), Datamonitor, YouGov and Edelman have all explored the issue of trust and reputation in financial services and how we can restore it. Typing “trust and reputation in financial services” into Google returns 67m results.

Citywire’s New Model Adviser reported that the Financial Ombudsman (FOS) had outlined a four-point plan to restore trust in financial services at the party conferences in 2012. Great.

A hundred-point plan is not going to tackle the culture of rapacious greed that dominates certain large investment firms, responsible for investing billions in assets. Irresponsible, unethical, unsustainable and profiteering, the firms have delivered exceptional results for their investors, but left a trail of destruction in their wake.

A plan on changing culture and better selling techniques also ignores the role of derivatives, currency trades and the growth of computer- and high-frequency trading which has no morality. To change attitudes on race in America, Martin Luther King did not say, “I have a four-point plan.”

We have a dream.

Prosecute wrongdoers to restore moral hazard. Introduce a Robin Hood tax on all trades to pay for some the essential medical, environmental and development work the world desperately needs.

Sunlight is the best disinfectant, so the industry should be forced to reveal more about their internal working and practices, regardless of the erosion of competitive advantage.

Funds should be compelled to prominently display total charges (similar to interest rates on lending products) and report on all their holdings and performance every three months in an easily accessible digital form.

Finally, report on the harm, deaths, pollution and waste caused directly and indirectly by investment activity. For example: “By investing in this fund, which in turn invests in tobacco stocks, you will be partly responsible for the deaths of x people in countries who have no access to health education or medical care once they and their children get cancer.”

Caveat emptor, and all that.

Faux media outrage (when taking the corporate shilling to promote the products), incremental changes such as four-point plans and the noble words of politicians are not going to be enough.

Our country needs financial services to work for the benefit of the whole of society and our planet. Sustainable businesses need the investment it creates and ordinary people need the returns it can deliver.

The time for greater transparency, simplicity and honesty is now.