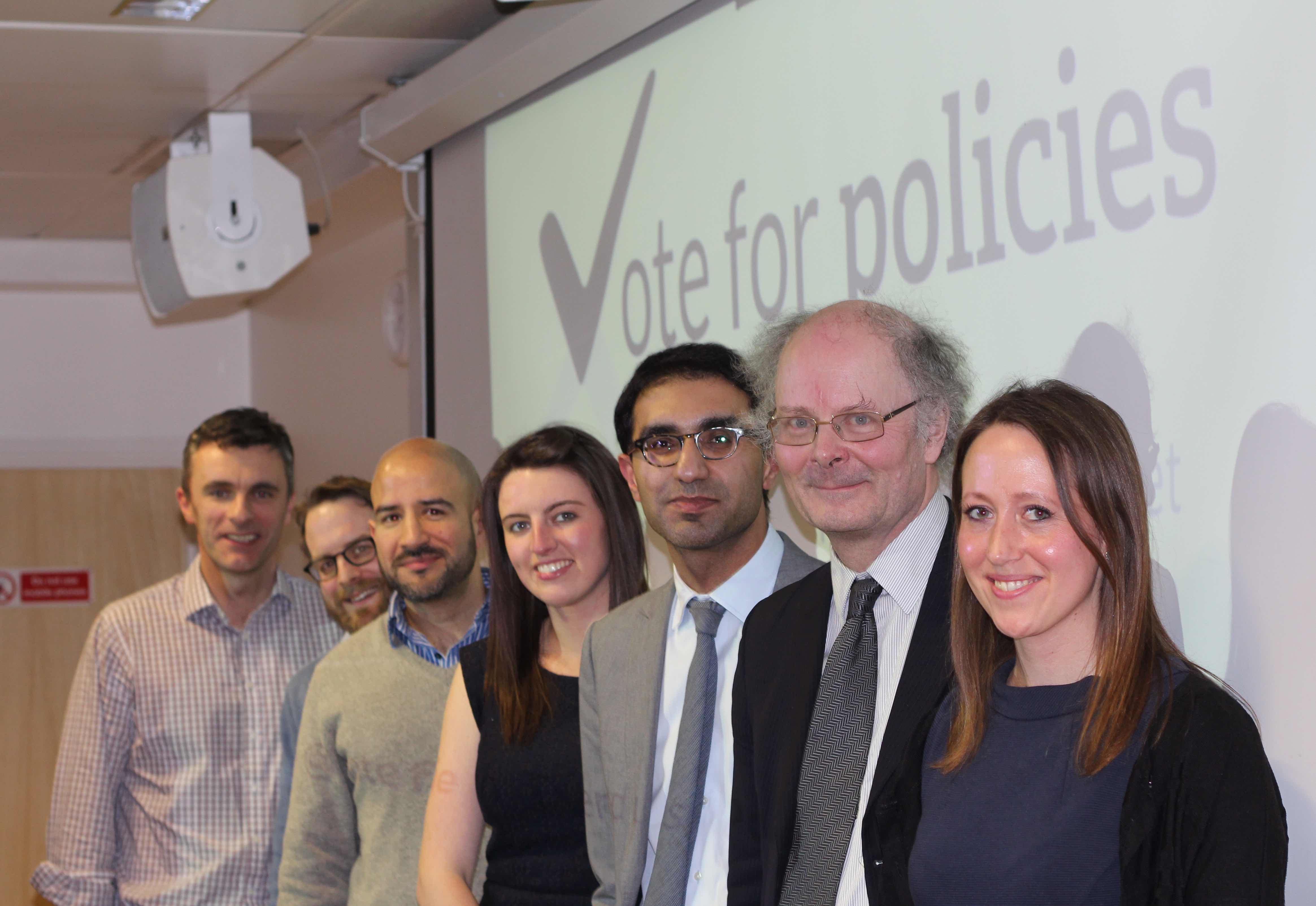 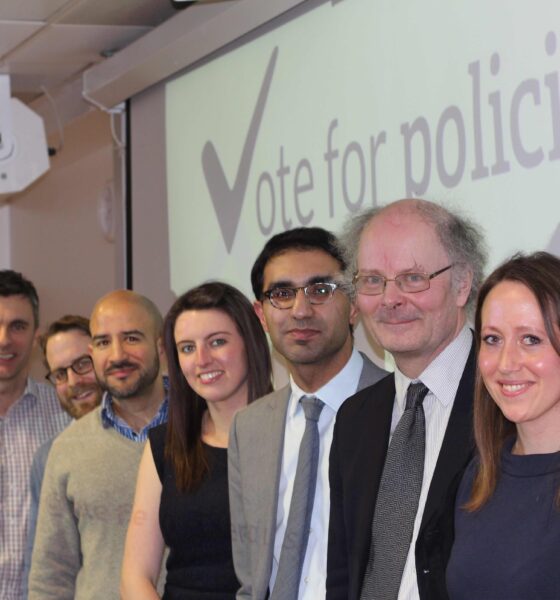 Vote for Policies gathered inspirational speakers and more than 100 delegates at Birkbeck on the 24th March to discuss whether the internet can change the way we think about politics, specifically the choice between policies and personalities? The views were diverse and the debate excellent.

Vote for Policies founder Matt Chocqueel-Mangan opened proceedings with his own story of how he became engaged in politics and what inspired him to create Vote for Policies in the 2010 general election. Having read all the party manifestoes he decided to create a website that allowed people to more easily compare and contrast party policies so that they could make informed choices at election time.

His own background in technology led him to the conclusion that people weren’t engaged in policies not because of their own failure but because the system is broken. A technologist doesn’t blame the user (voter) if they can’t use the system (politics), they blame usability (elections).

The panel was chaired by Emran Mian, of the Social Market Foundation, and on the panel were Birkbeck reader in politics Dr Rosie Campbell, John Curtice professor of politics at Strathclyde University, Former University of Newcastle Students’ Union President, Vote for Policies crowd funder and entrepreneur Laura Perry, and prolific political blogger and academic Sunny Hundal. Quite a panel.

Each panellist addressed the debate’s subject in different ways with a polite divide between the academics, who saw our institutions as functional but flawed, and Laura who was keen to delete the system and start again.

Rosie gave us the ideal model of citizens armed with facts making rational choices, but using shortcuts such as a politician’s charisma to inform that decision. Vote for Policies was a way into policies as a policy ‘shopping list‘-style of decision-making as ‘not a good thing’ where politics is more about compromise and a basket of policies.

John challenged the premise that personality-based voting is necessarily uninformed voting. In reality, rather than creating more rational choices, the internet amplifies personality. Fundamentally elections are not just about the policy platform of the parties but our belief in the leading politicians’ competence, ability to communicate and negotiate on a national and international stage. He made the excellent point that the an election is about putting trust in someone who can handle an “unknown unknown” in the future, such as a crisis with Russia or another banking crash.

Laura gave the young voters’ perspective. They’re less willing to follow parents or be loyal to one party during their lifetime. Politicians seem inaccessible to most young people and the mainstream media has their own agenda, mainly about maintaining their own influence. To Laura a tool like Vote for Policies allowed her to “get by the spin” and read the parties’ policies in their own words. She then described our current system as crazy, arguing that if you were going to create a political system on a blank sheet of paper you wouldn’t create what you have.

One of her more interesting asides was a dip into technology and big data, and her puzzlement that parties weren’t using the technology available to more accurately target messages at specific groups, which led to the first dissent on the panel. Rosie felt that would be a sad development as politics was about not just our own needs, but the needs of the country.

Sunny opened with the insight that rational debate and politics rarely go hand in hand. He powerfully argued that politics is not driven by rational choices but emotional connection – our “gut feeling”. We reject facts that don’t fit our own narrative and project our own stories onto politicians as we did in 1997 with Blair and the Americans did in 2008 with Obama. He suggested that our politicians are stuck in the era of mainstream press dissemination and ignoring new technology which would allow more engagement with policies. He also made the debatable point that “most people get their information through social media.”

Questions from the floor followed and there was a clear view from some of the audience that technology allowed for more direct democracy. This was challenged by Rosie and John with the rebuttal that direct democracy can lead to dystopia – the tyranny of the majority rather than the wisdom of the crowd. The idea of a direct online democracy caused even more concern with the risk that it isn’t the people who decide but a section of the people who decide. The majority of online activity in Scotland supported independence, but voters backed the Union.

Rosie pointed out that many issues were more complicated that a simple yes-no vote and Sunny gave the example of California where people vote for contradictory things such as more public spending and lower taxes.

John gave an excellent argument on why the three main parties are failing with a simple exercise. If you write a paragraph for each of the parties in the next election that explains the vision each party would like to create. This would relatively easy for the Greens, UKIP and SNP, but much harder for Labour, the Conservatives and LibDems. They don’t have a narrative, despite the evidence being they are more different that any election in the last twenty years.

Dr Ben Worthy summarised the debate saying that policies and personalities are bound together. Obama and Google crunched the data now available to win the last two elections, and Vote for Policies puts those tools in our hands. We do live in a new digital and political landscape and the internet amplifies the good and the bad of the current system. The internet is disruptive and part of the political ecosystem now, but it is still in its infancy. At this stage with the printing press there had been no reformation or schisms.

The one word that didn’t come up in concerns about personalities was demagogue – a political leader who seeks support by appealing to popular desires and prejudices rather than by using rational argument. The politics of a popular personality has worrying precedents in human history. The examples of politicians who distort facts (or lie) to suit their narrative, use a supportive media to create a public image that belies extreme political ideology or ignore firm policy commitments once in office are numerous and rising.

We need to make informed choices at elections, but we also need root and branch reform of our electoral system rather than a vote every five years.

You can use the Vote for Policies survey here or access their 2010 data here.