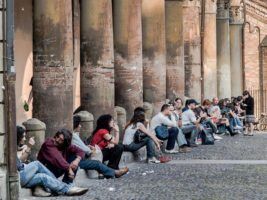 Due to the high turnout and overall larger population, the baby boomers had a four million ballot box advantage over millennials at the 2015 General Election, thus highlighting a democratic imbalance that should concern all political parties.

This is according to new analysis published today by the Resolution Foundation as part of its ongoing Intergenerational Commission that seeks to understand and address inequalities between generations.

The paper assesses a broadly-defined measure of turnout – those who voted as a proportion of the voting age population, rather than just those on the electoral register – at each UK General Election since 1964.

The Foundation says that this ballot box advantage reflects millennials being one third less likely to vote than baby boomers in 2015. However, it also highlights that poor turnout among young people runs far deeper than today’s millennial generation. It notes that the turnout gap between young and old dates to the mid-1990s when generation X-ers were reaching voting age. From just 3 percentage points in 1964, the turnout gap between those in retirement (age 66-80) and those in early adulthood (age 21-35) reached 26 percentage points in 2005 and has remained close to that level ever since.

The Foundation adds that with past turnout a good indicator of subsequent voting behaviour, declining turnout, including lower voter registrations, among successive cohorts of first-time eligible voters presents a major challenge for future elections.

The report identifies a link between turnout and home ownership. It notes that renters are less likely to vote than homeowners across all generations, for example, baby boomer renters aged 30 were 16 per cent less likely to vote than their homeowner counterparts. Crucially, this gap has widened for each subsequent generation, and stands at 43 per cent for millennials. Given sharp declines in home ownership – boomers aged 30 were 50 per cent more likely to own than millennials are at the same age – changing living patterns in early adulthood may be fuelling the generational turnout gap.

The report also notes that changing attitudes towards political parties and the democratic process are likely to underpin the divergence in turnout between age groups. It highlights that the share of those in early adulthood (aged 21-35) who said they cared which party won the election has fallen sharply, from 74 per cent in 1992 to just 56 per cent in 2015. Over this same period, the share of those in retirement (aged 66-80) who care has risen slightly to 81 per cent.

The Foundation notes that the democratic imbalance caused by this generational gap in turnout may have far-reaching consequences for government policy. While many associate the growing baby boomer ballot box advantage with increased spending on pensioners – and a welcome fall in pensioner poverty – it is also likely to have influenced the UK’s decades-long failure to build new housing, which has locked many generation X-ers and millennials out of home ownership.

The Foundation argues that reversing the decline of successive generations of young people turning out to the ballot box is central to addressing broader intergenerational inequalities. The report puts a number of options on the table for consideration, including first-time compulsory voting, online voting, simpler voter registration and a lower voting age.

Laura Gardiner, Senior Research and Policy Analyst at the Resolution Foundation, said:
“Baby boomers enjoyed a ballot box advantage over millennials worth over four million votes at the last general election, due in part to millennials being almost a third less likely to vote.

“But this poor turnout among young people is a deep-rooted problem, dating back to the mid-90s when young generation X-ers started turning away from the polling booth.

“This generational divide in turnout matters for our democracy, but also has profound implications for policy if politicians feel they only need to target the votes of older generations to win power.

“We need to explore ways to correct the democratic imbalance before the voting pool shrinks to a puddle. Ideas such as first-time compulsory voting with the option to not select any candidate, making voter registration easier, voting online and lowering the voting age are not silver bullets, but may help reverse this worry trend.”