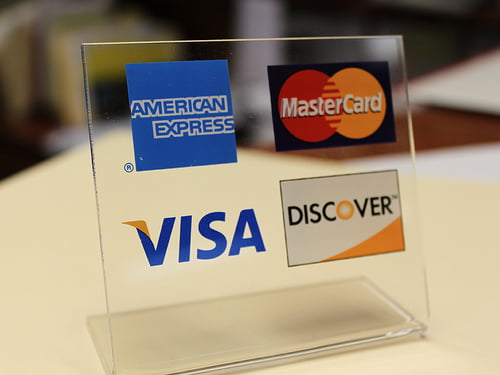 What is a credit card?

“Cross my palm with plastic”. The latest addition to Blue & Green Tomorrow’s “What is…” series looks at credit cards and the ethical considerations.

Most of us have one and those who don’t probably will at some point in the future. But what is a credit card? Wikipedia describes it as “a small plastic card issued to users as a system of payment. It allows its holder to buy goods and services based on the holder’s promise to pay for these goods and services. The issuer of the card creates a revolving account and grants a line of credit to the consumer (or user) from which the user can borrow money for payment to a merchant or as a cash advance to the user.”

Investopedia.com also add that “credit cards charge interest and are primarily used for short-term financing. Interest usually begins one month after a purchase is made and borrowing limits are pre-set according to the individual’s credit rating.”

Sounds simple enough. But what are the ethical implications of having and using a credit card?

Independent financial adviser Julian Parrott is very clear on the issue: “One might be tempted to say a credit card is a hostage to fortune or the first step to financial ruin!”

“I don’t think that there is much of an ethical issue on credit cards really; you are borrowing the money so it’s what you are spending that’s really the issue. The association of the lender that you (temporarily) borrow from might be important to some – so I suppose it would be better to use a card from a responsible banking institution – but of those few who have ethical criteria, very few offer a credit card.”

In fact, Parrott could only provide a single example of a credit card lender with good ethical criteria—the Co-operative Bank.

“There is widespread abuse of vulnerable clients either through opaque charging or encouraging those who should know better to take on more debt – I saw a pop up [advert] the other day on the web for a card for those with poor credit rating with an annual interest rate of 34.9%. I would suggest people join a credit union and save up and then get members loans if they must borrow,” says Parrott.

“Of course, if you just use a credit card to manage cash flow and clear the balance every month, then that’s fine and it’s a useful thing to have in your wallet.”

According to yourethicalmoney.org “there are more credit cards than people in Britain and the country’s debt problems are amongst the worst in the world”. When consumers are looking for a credit card provider its policies on responsible lending and debt advice are important but so are concerns about equal opportunities or the environment.

One of the options when looking to go down the route of a credit card is the charity affinity card. The providers of affinity cards make a small donation on behalf of the card holder to the charity it is associated with. Most charitable donations average at around 25p per £100 spent with most providers making a donation of between £5 and £25 per each new card account.

Affinity cards such as the one provided by the National Trust allows the card holder to use their card as well as be confident in the knowledge that the card provider, MBNA, are putting money back into the work done by the trust.

However, affinity cards are not for everyone. “I am not a big fan of ‘affinity cards’ where a small percentage of the regular spend is donated to the charity it ‘supports’”, says Parrott.

“I have looked into the amounts and feel that it is usually a miniscule amount that goes to the charity and often better value would be obtained by using a card that rewards the user – then allowing them to re-direct that saving into a gift-aided donation, which would be far more tax efficient”.

In their analysis of charity affinity cards, moneysavingexpert.com comes to the same conclusion and suggests that ‘cash back’ cards are the most effective way to donate money.

The ‘cash back’ is usually considerably more than a standard card donation and is paid into the card holder’s account, at which point it can be donated to a charity using gift aid; rather than the charity receiving £1, it receives £1.28. Notably, affinity cards are not eligible for gift aid.

If you’re interested in ethical options beyond credit cards, our recent in-depth report, The Guide to Sustainable Investment, gets to grip with the sector and interviews experts in the field.

In the Guide, we recommend that you seek independent professional advice before making any commitments, fill in our online form and we’ll put you in touch with a specialist adviser.

What is a bond?

What is an ethical bond?

What is ethical investment?

What is green investment?