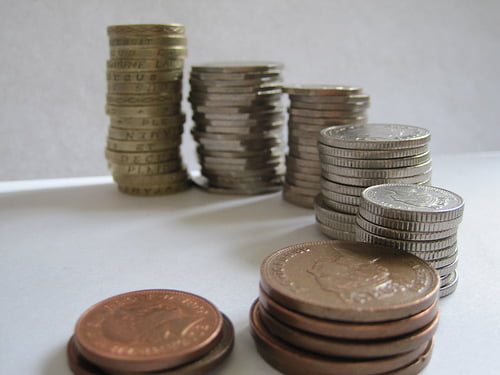 Why I chose ethical investment: becoming part of a global movement

Martin Ellis is an ethical investor. Despite having only begun his investment journey three or four years ago, it was clear to him from the off that ethical investment was a good sector to get into – for more than one reason.

Martin (a pseudonym) works at a church in London, which involves helping communities, children and schools, as well some preaching now and again on a Sunday. He describes himself as a “bookworm” and a “news addict”, and spends his spare time running, reading, watching films and socialising with friends.

Thankfully, we managed to pull him away from his busy schedule for a few minutes to have a chat about his experiences with ethical investment. This is his story.

I guess I felt that I couldn’t ignore my own conscience, and when I was investing, I couldn’t detach money from my conscience. I thought that money would have an impact on other people in some way, even if it’s only a small impact somewhere along the line. Also I’m a believing Christian, so my faith influences it a little bit as well. I want to be able to sleep at night.

Have you ever invested in conventional funds, and if so, was the turning point in terms of realising what your money was doing?

The first investment fund I invested in was actually an ethical one from Ecclesiastical. I took out some investments with them, but I still have a little bit invested in non-ethical funds, although sometimes I have withdrawn the money. To give one example, for a time I was investing in the Blackrock Gold & General Fund, which is quite well-known. But then not long after that, there was the Chilean mining disaster. After that, I withdrew the money from that fund. It’s hard to watch bad things on TV and think that I’m making a profit from them.

What do you think drew you to ethical investment?

I only started investing about three or four years ago, and it was a natural place to start. I have got a couple of non-ethical investment funds, but it’s usually things I’m comfortable and happy with, such as infrastructure – I’m happy with that even though it’s not specifically ethical. If there isn’t a good ethical fund available, I will go for the least worst option. I think I have developed my thinking as I’ve gone along, and grown my understanding.

When you’re working at which funds to invest in, are there any sectors that you would explicitly refuse to invest in?

The biggest one from them would be armaments. Weapons are the biggest one and I wouldn’t invest in them at all. Some other things I’m not particularly comfortable with, although I know that sometimes you have to accept imperfections in investment, are gambling and tobacco. They would make me a bit uneasy, and I guess they are the traditional exclusion areas. I accept that there is no perfect ethical investment out there. Some of my investments might have a little weight in each of those sectors, even though they are not what I would ideally like to invest in.

Are there any sectors that you specifically look for when you’re investing in a fund?

I guess I am a little bit less developed in my thinking, but I know there are ethical funds that I am happier with than others; that might be an indication of where it is more positive. I do like the way in which Ecclesiastical has the negative and positive screening, and looks for social impact. I look at the performance as well. Performance does matter. I know a lot of people are very concerned about the environment. That’s probably not as big for me, although I do think it’s important. Social impact is more important to me.

What would you say to our readers to inspire them to invest ethically?

I think ethical investment brings about a double satisfaction: you know your money is doing good and being used beneficially, but also getting a reasonable financial return as well. More and more, finance and money seems to be moving in that direction. People are becoming increasingly dissatisfied, and very slowly, I would say things are moving towards ethical investment. I want to be on board in the direction of where things are going, rather than be left behind.