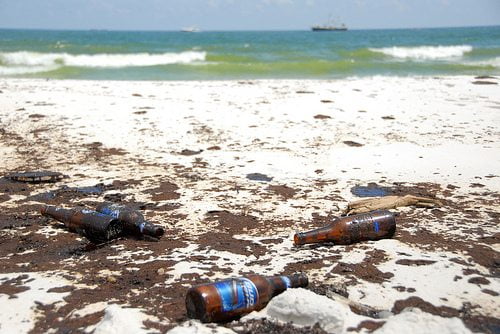 Tourism can bring about positive change, but bad practices within the industry tend to make it part of the problem, rather than part of the solution. Felipe Zalamea of Sumak Sustainable Travel explains why tourism could be a force of good in the developing world, but isn’t.

As one of the fastest growing industries in the world, tourism should be a strong contributor and driver of sustainable development and poverty alleviation in the developing world.

The United Nations World Tourism Organisation (UNWTO) estimates that international tourist arrivals have grown from 528 million in 1995 to 980 million in 2011; and its forecast is that 1.8 billion tourists a year will be travelling by 2030.

Gringo Trails from Pegi Vail (above via Vimeo) looks at the effect of the unplanned or mismanaged growth of the tourism industry in developing countries.

The tourism industry is labour intensive, requiring many jobs to provide services to travellers. According to the World Travel and Tourism Council (WTTC), in 2012 the industry’s direct contribution was 101m jobs.

In total, one in 11 jobs worldwide are directly or indirectly involved in tourism and travel. Yet, very few consider the quality of jobs that the industry creates, in particular in developing countries. Are local people owners, managers, marketers, lawyers and decision-makers? Or do they mostly get poorly paid jobs as waiters, porters, receptionists and cleaners?

It’s not that these jobs are unworthy, it’s that in many cases they are not decent work (as defined by the International Labour Organisation), but rather low-paid, involving seasonality and shift work, with little or no union representation.

Charity Tourism Concern is running several campaigns around these issues – see Porters’ Rights and All Inclusive Holidays: Excluding local people in tourist destinations (the campaign featured in the Guardian). The charity also talks about sun, sand, sea and sweatshops destinations.

And what about sex workers? Unfortunately, mass tourism brings about sexual exploitation, especially among children. It was a sad surprise that the overall winner of the World Responsible Travel Awards 2013 was a tour operator ‘raising awareness’ about child sex tourism in north-east Brazil. This shows how bad the situation is, and we look forward to seeing how the winners will eradicate child sex tourism during the World Cup this summer.

The number of tourists is rising, which is a great sign for the industry as a whole. However, some popular destinations are reaching a breaking point. The high volume affects local populations in positive but also negative ways. Many locals can find jobs or sell goods and services to improve their livelihoods, but waste of resources, land grabbing and environmental destruction increase, too.

In addition, destinations like the Dominican Republic, India or Thailand are suffering from higher crime rates, overcrowding and sex tourism. Tour operators have a key role to play, but greenwashing has become so normal that the word ‘ecotoursim’ has lost its meaning and travellers are now sceptical about it.

The best example is carbon offsetting, with companies making tourists feel guilty and pretending that by paying a few extra dollars per booking it will solve the problem of climate change and reduce emissions.

Non market-based and community-led solutions should be put forward instead. There is no need to give examples of greenwashing in the industry in general, but it is worrying that even leading tour operators are doing it, claiming that they are responsible because their tour groups are small (four to 20 people), or because they recycle paper in their UK offices.

I wonder if these courageous measures will reduce land grabbing and water inequality within the industry. How long it will take for tourists to also become sceptical of the words ‘responsible’ and ‘ethical’?

Egypt and Cuba are good examples of this. They are two of the most touristic countries in the world, but only a very small proportion of the local population benefits from this. If you have been to one of these countries, you might agree with us when we say that it’s difficult to determine which impact is bigger: positive (jobs, income, infrastructure, etc) or negative (exploitation, over consumption of resources, environmental destruction, etc).

A research project by the UN Environment Programme shows that the negative economic impacts in developing countries include leakages (in Thailand almost 70% of all money spent leaves the country), and increases in prices and demand for basic services in tourist areas.

It also creates dependency on a single industry, like in Gambia, where 30% of the population depends on tourism directly or indirectly. Many small island countries like the Maldives (where 83% of people depend on tourism), Seychelles or Jamaica, face a similar problem. Obviously, tourism is not the unique factor, but it’s certainly part of the problem.

Volunteering abroad can be seen as a chance to do good and to engage with local people all over the world. In the UK, voluntourism, or volunteer tourism, is becoming popular, and is probably the fastest-growing sector of the industry.

However, ‘responsible’ and expensive organisations may not be providing truly responsible or ethical volunteer opportunities, and recently a study by the University of Leeds showed that the more expensive voluntourism programmes are, the less responsible they are, too.

Although it focuses on the negative impacts, this is not a blog against tourism. We truly believe tourism can be a force for good, and that’s why we specialise in community-based ecotourism, which is in practice a powerful tool for sustainable development.

If you are a traveller, please don’t feel guilty or stop travelling, but do start asking tough questions to the tour operators you book with. Ask them if the jobs they create are decent, if they have a proper responsible tourism policy and how they apply it on the ground. Ask if your money is going to the locals and if they are transparent in their operations.

If you are a tour operator, we hope that you are prepared to answer these questions.

Felipe Zalamea is a director at Sumak Sustainable Travel.