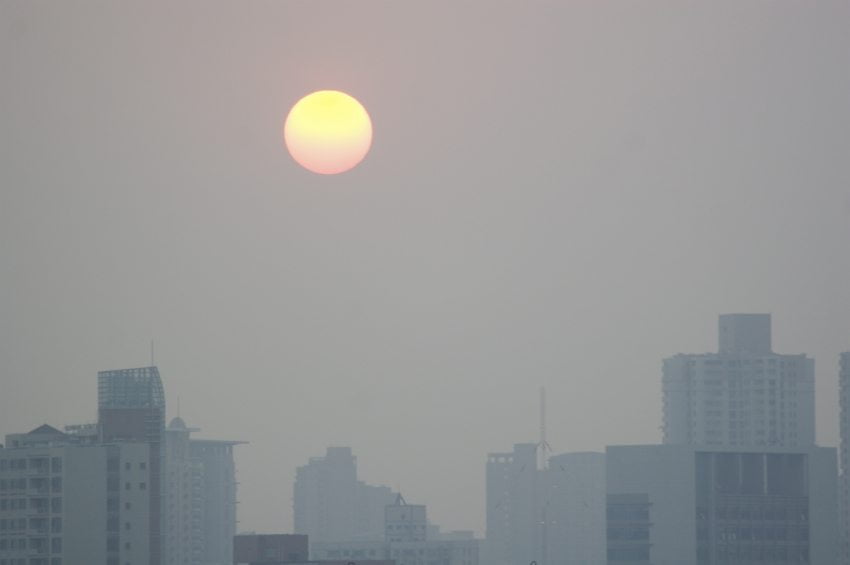 Environmental problems in China are increasingly getting to a point where the sacrifice for its rapid economic growth becomes unbearable. The problems range across the full spectrum, including the legendary smog, which includes dangerous particle matter, carbon emissions, and other dangerous pollutants, such as Sulphur Dioxide and Nitrogen Oxide.

The smog around Beijing has reached dangerously high levels, and is widely now referred to locally as “Airpocalypse Now”. PM 2.5 is an air pollutant, and refers to tiny particle matter that is a health concern when measured in high quantities. The US Environmental Protection Agency measures air quality via their Air Quality Index (AQI), which ranks between 0 and 500. The World Health Organisation considers a level of 150 as unhealthy; 400 and above is considered dangerous. In January this year in Beijing, measured 755 (literally off the scale). On this day, highways needed to be closed as vision was so poor and residents reported that the air felt like industrial smoke, leaving an acid taste in your mouth. Over January 2013 Japanese authorities issued health warnings in its Western cities due to Chinese smog, and particles were detected as far away as California. According to Bloomberg, air pollution in Beijing January 2013 was considered worse that an airport smoking room!

According to The World Bank, 16 of the world’s 20 most polluted cities are in China. A study by the World Heart Organisation, estimated that high levels of PM 2.5 was responsible for 1.2m deaths in China in 2010. PM 2.5 matter gets lodged deep in the lungs and enters the bloodstream, causing respiratory problems, asthma and lung disease. Hospitals in the badly affected areas have reported large increases in the number of patients being treated for respiratory problems.