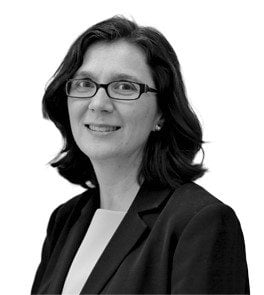 · Paris Agreement meets all key investor expectations: in setting out a long-term goal, including national commitments – which will be reviewed in 2018 and then every five years. The review process has also introduced a “naming-and-shaming” of countries lagging behind in carbon reduction efforts by 2023. The involvement of developed countries to fully fund the Green Climate Fund – up to $100 billion per year from a ‘variety of sources’ which will also include private finance – is also highlighted.

· The role of private sector involvement was vital: as noted by President Hollande, who praised the support of ‘businesses and investors’ in the negotiating process. BMO Global Asset Management’s Governance and Sustainable Investment (GSI) team has been at the forefront of investor action, taking a leading role in promoting joint investor activity through the Institutional Investors Group on Climate Change (IIGCC).

Key activities in 2014-15 included co-authoring, with the IIGCC, the Global Investor Statement on Climate Change, which attracted 409 supporters with over $24 trillion in assets and was delivered to Heads of State at the UN Secretary General’s Climate Summit in September 2014. The team also co-authored an open letter to G7 and G20 finance ministers expressing investors’ concerns regarding the systemic nature of climate risks, which was signed by 120 investor CEOs, and had the support of four regional investor groups on climate change and the Principles for Responsible Investment. The team was present at COP 21, as part of the IIGCC observer delegation, helping to represent investors’ voices during meetings with a number of country negotiating teams, including the US, EU, and G77.

What next for investors?

· 2016 may see a scaling up of actions by financial regulators on climate change, with potential consequences for investors

· Key developments in financial regulation to watch include:

o France: the Energy Transition Law requires institutional investors to provide the carbon footprints of their investments, to review their portfolio’s alignment with a low-carbon development pathway, and to disclose methods of integrating climate related risks; guidance on implementation is expected to be finalised shortly.

o Sweden: Sweden was the first country to announce a review aimed at creating an obligation for its financial regulator to ensure the financial system is ‘financing sustainable development’.

These developments follow the extensive work by the Organisation of Economic Co-operation and Development (OECD), United Nations and others to understand which policies hinder or support the deployment of capital towards sustainable solutions. As stakeholders at the highest ministerial levels were consulted during this research, it is now firmly embedded within the G20 process – with the Chinese G20 presidency making ‘Green Finance’ a priority area for 2016.

The Viewpoint concludes: “The Paris Agreement makes climate change, and the energy transition, a mainstream investor issue. The focus now shifts to implementation. We expect regulators’ attention to climate change to continue to increase, both as a result of the deal itself and in the broader context of a trend toward encouraging investors to consider environmental, social and governance (ESG) issues – as seen in developments including the introduction of Stewardship codes in Asia, the revisions to the EU Shareholder Rights Directive, and the Ontario ESG legislation for pension plans. Existing investor initiatives to improve the understanding of climate risks and opportunities, such as the ‘Climate Change Investment Solutions: A Guide for Asset Owners’ compiled by the Global Investor Coalition, provide a strong foundation for the discussions we expect to continue into 2016 and beyond.”