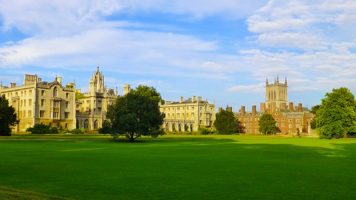 The University of Cambridge stated it won’t invest directly in coal and tar sand companies after pressure from students and academics on fossil fuel investments. A meeting of the University Council approved the report of a Working Group set up in May 2015 to explore ethical investment, with coal and tar sands excluded from current and future holdings. However, it has not divested from oil and gas industries, despite pressure from students and academics to do so.

The Cambridge Zero Carbon Society, a student group which campaigns for the University to divest its endowment of over £4billion from fossil fuels, has  criticised the University’s decision and vowed to fight on by taking the issue to Regent House, Cambridge University’s senate of academics.

Angus Satow, Campaigns Officer at Cambridge Zero Carbon Society, said: “Whilst we welcome these tentative first steps to divestment, this is too little, too slow. The University has failed to live up to its own mission statement, including ‘concern for sustainability and the relationship with the environment’. University administrators have ignored the overwhelming scientific evidence that the fossil fuel industry is not viable if we are to avoid breaching the 2°C warming limit, they have ignored the strong demands of a united student body, and they have ignored financial common sense. Civil society must stand up to the fossil fuel industry if we want a liveable future, and Cambridge University has a moral duty to lead. We are confident that a battle of ideas among Cambridge academics will see divestment emerge as the only viable option. We will win a vote among academics next year, and Cambridge will divest from fossil fuels.”

The decision comes after a year in which Cambridge University has faced intense pressure on its fossil fuel investments. Nearly 2200 students have signed a petition for divestment, while the Student union council voted 33:1 in favour of divestment. In April 100 academics and notable University figures signed an open letter calling for divestment, with former Archbishop of Canterbury Rowan Williams among those backing action on the “life-and-death” question of climate change. On the 30th of April over 250 people marched through Cambridge calling for divestment, with local MP Daniel Zeichner among those speaking.

Andrew Taylor Co-Director Campaigns & Communication, at People & Planet said: ‘It’s great to see world leading universities like Cambridge blacklisting coal and tar sand companies. But it is arrogant of them to think that companies like BP and Shell are going to stop making vast profits from oil and gas just because they ask nicely.’

The University has, however, not ceded to the pressure. Instead the report prioritises “engaging with fund managers” and using Cambridge’s voting rights as shareholders. There will also be an open letter from the Vice-Chancellor of the University to fund managers, calling on them to anticipate changes as carbon pricing and regulation is introduced by governments. Respected figures such as Mark Carney, Governor of the Bank of England, have in the past warned of a “carbon bubble”. The report mentions “progressive divestment” as an option for the future.

Campaigners have criticised the move as insufficient, attacking the Working Group for a lack of transparency and engagement with students. Last month shareholder resolutions at Exxon Mobil’s Annual General Meeting all fell, leading some to argue that engagement with fossil fuel companies is a ‘doomed task’. The issue will be decided at a vote of academics next term.

Alice Guillaume, a second year undergraduate and campaigns officer for the
Cambridge Zero Carbon Society, added: “This has been a deeply flawed process from the beginning. From a refusal to hear divestment witnesses to the dismissal of the student body, the Working Group buried its head in the sand to avoid facing the obvious: fossil fuels are our past, not our future. Indeed, the universally acknowledged 2°C warming limit was doubted by the chair of the Working Group. The University has refused to face up to facts. Our campaign will continue.”