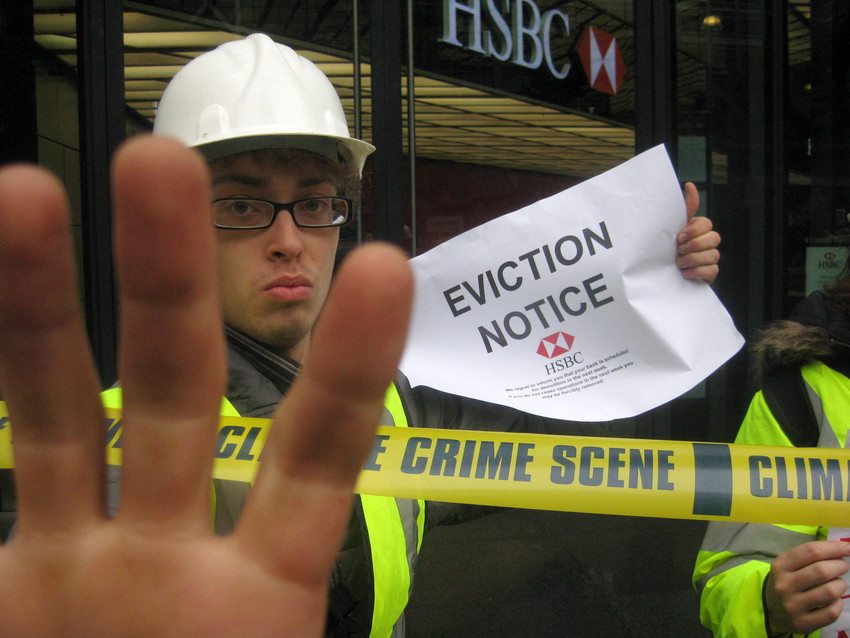 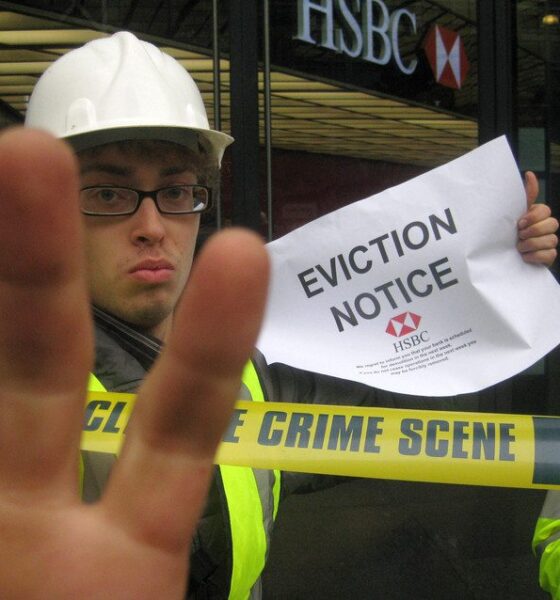 Campaigners urge HBSC to move away from fossil fuel investments

Campaigners marched outside HSBC’s Canary Wharf HQ on Tuesday to deliver the bank a box of coal. The gift was used as a symbol in calls for the finance giant to pull its funding out of the industry, on a day of international action against the fossil fuel.

The group warned that such investment was creating a “carbon bubble”, one that does not align with European carbon reduction targets and regulations. It claimed that a sudden correction of the overvaluations of the industry could lead to another financial collapse.

WDM campaigner Kirsty Wright said, “HSBC claims to be reducing its CO2 emissions, but the bank is only referring to a small proportion of its true emissions – for instance the electricity is uses in its offices. It doesn’t consider any carbon emissions which come from bankrolling fossil fuel firms.”

“In fact, HSBC pours billions of pounds a year into yesterday’s resources – threatening both climate and financial ruin.”

HSBC says it has “a strong commitment to sustainable development and takes seriously the impact of carbon emissions on climate change”. It adds that in 2012, 48% of their investments in the energy sector funded renewable energy projects.

In an email sent to Blue & Green Tomorrow, a spokesperson for the bank said that they had agreed to meet WDM to discuss the issue of coal investment, but that the campaign group had postponed.

This is the latest in a series of calls for Europe’s financial industries to move away from fossil fuel investment holdings. In September, the Swedish Centre Party called for pension funds in the country to “climate proof” portfolios by ditching fossil fuel holdings.

Meanwhile, the WDM also called on banks to reassess the sustainability of their investment behaviour, claiming that their decisions were destroying communities and damaging the environment in places like Borneo.