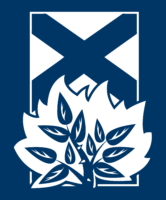 Church of Scotland Votes No to Polluting Companies

The Church of Scotland has said it will no longer invest in polluting energy companies. The Church voted yesterday in Edinburgh to distance itself from companies creating the worst climate pollution. The decision was made after a petition was set up calling for the change.

The motion, approved by the General Assembly today in Edinburgh, compels the Church’s investment funds to withdraw from companies significantly involved in tar sands, a highly destructive form of oil extraction, and coal. A petition begun by Church of Scotland members and calling for complete divestment from fossil fuels received almost 3,000 names in three weeks.

Newly elected MSP Ross Greer campaigned on the issue as a member of the Church of Scotland’s National Youth Assembly. He said: “The Church of Scotland has been at the forefront of campaigns on everything from tax dodging to tackling climate change. Our faith compels us to act when we see injustice and that should be no clearer than in the case of the fossil fuel industry.

“This isn’t just about giving future generations a planet worth living on, millions of people are being affected by climate change today and they are not the people who have caused it. The Church is rightly campaigning for climate justice but we must start by ensuring our own house is in order and divest from fossil fuels.”

But the motion agreed yesterday stops short of divestment from all fossil fuels, the approach taken by the University of Glasgow and the United Reform Church in Scotland, who have pledged to go completely fossil free.

Ric Lander, from Friends of the Earth Scotland, said: “Fossil fuels are destroying communities across the world and wrecking the earth’s climate. Their extraction threatens our collective future.

“Profiting from companies which are wrecking our future cannot be fitting for an organisation that stands for global justice. Divestment from the worst fossil fuels is welcome, but the Church of Scotland should go further and go completely fossil free.”

Gillian Cummins, Church of Scotland member in the Ross of Mull, said: “The urgency of this situation is such that it must take precedence.  To continue with the status quo is to be complicit in the devastation of land, homes and livelihoods, as well as threatening our children’s future through runaway climate change.

“Is it truly the will of congregations across the country, that the Kirk’s money is being invested in petroleum companies and fracking projects?”