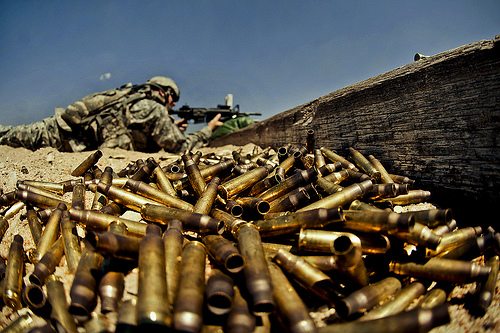 Nine universities in London have a combined £7.4m invested in the arms industry. The findings follow an investigation that found very few have strong ethical investment policies.

A freedom of information request sent by London Student, a student newspaper, found that Imperial College has the most investment in the industry, with direct holdings in four defence manufacturers totalling £3.9m. The single biggest investment disclosed came from the University College London’s 22,752 shares in aerospace firm United Technologies, which are worth around £1.54m.

Many of the universities were found to have indirect holdings in the controversial industry despite having an ethical or responsible investment policy in place.

The other educational institutions found to have a stake in arms companies were the University of London, the Institute of Education, King’s College London, London Southbank University, the London School of Economics, the Royal Academy of Music and Queen Mary.

Holly-Rae Smith, from the Campaign Against Arms Trade (CAAT), told the student newspaper, “Quite often, students have no say in what their university invests in. It’s quite secretive. Students’ tuition fees end up invested in companies they consider unethical.”

Last year, the University of Edinburgh pulled out of its investment in a US drone component maker following a review of its portfolio. The university was coming under increasing pressure from students and campaign groups to divest its holdings.

Previous requests for information also revealed that some of the UK’s top universities had received at least £83m in funding from companies in the arms trade between 2008 and 2011. Nearly 72% of this funding came from private companies, with the rest sourced from the Ministry of Defence.

At the time, a spokesperson for the Russell Group – an association of some of the UK’s leading universities, including Oxford, Cambridge and Durham – said all of its universities had a “robust system in place to ensure any partnerships are appropriate”.