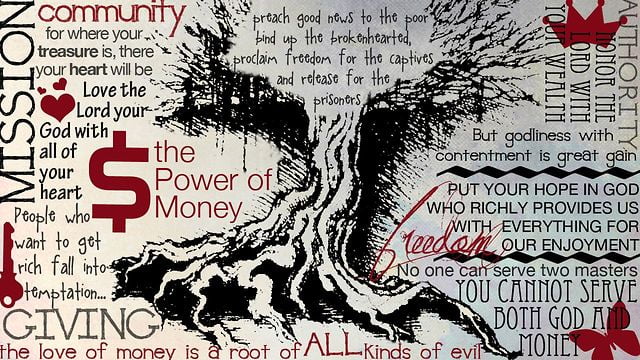 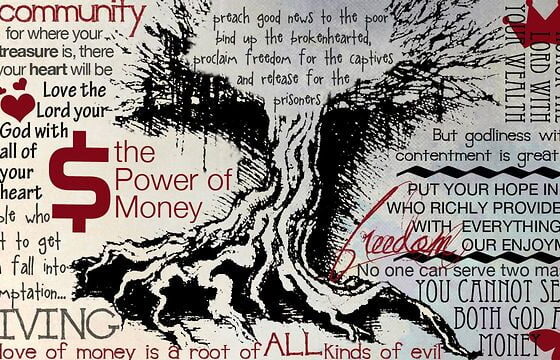 Church Action on Poverty is used to trying to make change happen with next to no money. So Monday was a first for me, as I co-chaired an event with an organisation whose members collectively manage more than £15 billion in investments.

No, I haven’t gone over to the dark side, and joined Goldman Sachs – this was the Ecumenical Council for Corporate Responsibility (ECCR), whose 50-odd corporate members include many of the major churches, and whose pensions and investment funds collectively run into billions of pounds.

The churches have become increasingly good at speaking out on growing inequality, and a bit less good at mobilising their thousands of members to take action – but what about using their billions of pounds as financial leverage to help close the gap between rich and poor?

Monday’s event demonstrated that there are effective ways in which ethical investment policies can be used to promote more ethical corporate behaviour in relation to low (and high) pay and in relation to tax dodging. At the same time, there is still a long way to go.

As readers of my blog will now be well aware, there is an increasingly powerful case for tackling the growing gap between rich and poor in the UK (let alone globally). Duncan Exley, of the Equality Trust/One Society reminded us of the weight of academic evidence represented by The Spirit Level, that high levels of inequality have profound social and economic costs and consequences for the whole of society – including, but not limited to its poorest members.

What is increasingly becoming clear is the extent to which the behaviour of major UK and global corporations have contributed to growing inequality in recent years – and conversely the role that they could (or should) play in narrowing the gap.

Whereas there is a long history of ethical investment, shareholder activism and corporate social responsibility in relation to militarism, alcohol, gambling and a host of other social and environmental concerns, there has been far less interest in the ethics of pay or tax. Monday’s event brought together more than 20 representatives of interest groups, church and society types and ethical investment advisers in an attempt to start to fill that gap.

The first and most obvious area of debate has been in relation to corporate pay policies – both at the top and at the bottom. The High Pay Commission has been highly successful in raising awareness of the need to rein in excessive pay and remuneration packages at the ‘top’, whilst the Living Wage campaign has made the case (with some success) that a living wage is not just an ethical imperative – but also makes good business sense. The Methodist Church’s Joint Advisory Committee on the Ethics of Investment (JACEI) produced an excellent briefing on the living wage in 2012.

Over the past three years, ShareAction (formerly FairPensions) has led a powerful campaign among ethical investors and fund managers to persuade the UK’s top companies to sign up to pay a living wage. In 2011 only one FTSE 100 company had adopted a policy to pay all their UK employees (and contract staff) a living wage.

However, as a result of shareholder activism, in which church investors have at times played a key role, that figure has now risen to 11. Catherine Howarth, CEO of ShareAction, sees no reason why this figure can’t double in the next couple of years, provided institutional investors keep up the pressure, and the momentum within the world of corporate fund managers continues to grow.

More recently, attention has also started to focus on the area of fair taxes – and tax avoidance. In an age of austerity, when public finances are under extreme pressure, and spending cuts are having a damaging impact on many groups, large-scale corporate tax avoidance has come under increasing public scrutiny.

There has been growing media coverage of a number of high profile corporate tax dodging schemes since the Autumn, not least as a result of the public accounts committee inquiry into the affairs of Starbucks, Google and Amazon.  But until recently, there has been a dearth of hard information as to the behaviour of major companies in relation to tax avoidance.

In April, ActionAid published the highly useful Tax responsibility: an investor guide, a detailed guide for investors and businesses seeking a more socially responsible approach to corporate tax. More recently still, a civil society consortium led by Richard Murphy of the Tax Justice Network has recently launched the Fair Tax Mark to promote transparency and fairness in the tax affairs of companies.

Initially focusing on 25 major high street businesses (but extending to other sectors in due course), the Fair Tax Mark scores companies against a range of indicators – from which they are given a green, amber or red. So on this score, here’s a big up for Greggs (15/15) and a big no-no to Carphone Warehouse, WH Smith and Sainsbury’s (2/15).

Much remains to be done to get the corporate world to take its responsibility to pay their fair share of taxes seriously, but again, the investment community has a key role to play in mobilising what is effectively our money – for good.

So, what’s your own church’s ethical investment policy in relation to fair pay and fair taxes? And, if you’re lucky enough to have a pension or investments, is your money being used to widen or to close the gap between rich and poor? Isn’t it time you asked?

ECCR will shortly be launching an Ethical Money Churches project (contact john.arnold@eccr.org.uk if you are interested) which is looking for congregations and churches to participate in thinking what ‘ethical money’ means to them to promote and express the Christian perspective on making money a force for good.

Niall Cooper is national co-ordinator of Church Action on Poverty. This article originally appeared on his blog.