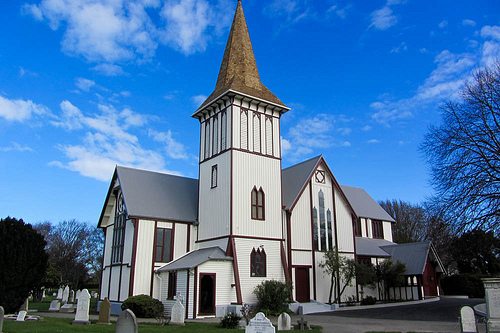 The Anglican Church in New Zealand and Polynesia has committed to divesting from fossil fuel companies by 2016, in an effort to slowdown global warming and increase finance for clean energy.

The church said it would take “all reasonable steps” in order to become fossil-free by mid-2016, following the commitment of five dioceses in the country – including in Wellington and Auckland – which also announced divestment plans last year.

Ashlee Gross, national co-ordinator of New Zealand’s divestment movement 350 Aotearoa, said, “It’s heartening to see the Anglican Church join the growing list of institutions which are acknowledging that it is no longer ethical to try to make a profit from the industry that is the leading driver of climate change.

“The Anglican Church has shown clear moral leadership today and we congratulate them for making this pledge, which reminds us all of our moral duty to look at how our actions, including our financing and investments, are shaping the future for New Zealanders, Pacific Islanders, and people around the world, many of whom are already facing serious, and too often deadly, impacts from climate change.”

Last week, the city of Dunedin, the second-largest city on the south island, also announced plans to ditch investments in oil, coal and gas companies as part of a new ethical investment policy, becoming the first city in New Zealand to do so. In Europe, the Dutch town of Boxtel did the same last year.

The divestment movement has grown quickly over the past few years, with hundreds of councils, universities foundations and religious institutions committing to switching their money from fossil fuels to cleaner investments that help build a low-carbon future.