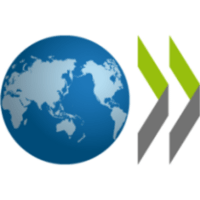 The Organisation for Economic Cooperation and Development (OECD) has released a report based on publicly funded Green Investment Banks (GIB). The report looks at sustainable investment, specifically focusing on how the GIBs are increasing private investment in low-carbon energy infrastructure, including water and waste management.

Green Investment Banks: Scaling up Private Investment in Low-carbon, Climate-resilient Infrastructure looks at GIBs that were launched specifically for that purpose – to invest in projects such as rooftop solar systems and energy efficient street lighting.

The report has been published alongside the 7th Clean Energy Ministerial (CEM7) in San Francisco, California, taking place today. The CEM7 is a follow up meeting to the COP21 climate change talks in Paris last December.

The OECD report uses a number of examples from across the world including national GIBs in Australia, Japan, Malaysia, Switzerland and the UK, and state or county-level green banks in California, Connecticut, Hawaii, New Jersey, New York, Rhode Island and Montgomery County in Maryland. They also follow a city level bank in Masdar, UAE.

The report is intended to “provide policy makers with the first comprehensive study of publicly capitalised Green Investment Banks, examining the rationales, mandates and financing activities of this relatively new category of public financial institution.

“It provides a non-prescriptive stock-taking of the diverse ways in which these public institutions are helping to leverage and catalyse private investment in domestic green infrastructure, with a spotlight on energy efficiency projects.”

The report also outlines the role of a GIB in a wider investment-based area, and provides information on how this type of GIB is being set up, funded and staffed.

There are a number of positive examples in the report, including the expectation that GIB investments could generate a return of 8%, support 3,500 jobs and reduce GHG emissions by an amount equivalent to taking 1.6 million cars off the road.