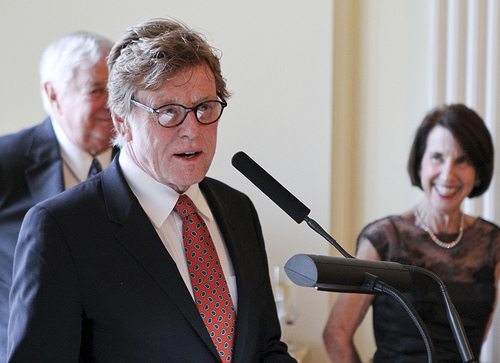 Pitzer College, California, has said it will have divested $125m (£74m) worth of holdings in fossil fuel companies by the end of the year – a move backed by Hollywood actor Robert Redford, who is a trustee at the school.

The new Fossil Fuel Divestment-Climate Action Model will see the school’s endowment ditch all its fossil fuel assets by the end of the year. The new focus on environmental, social and governance (ESG) issues will help trustees make sustainable and responsible investment decisions.

Skandera Trombley said, “This innovative plan is an investment in our shared future, in the young adults who arrive on our campus each fall and the world they will inherit.”

Hollywood actor Robert Redford, who is a trustee at Pitzer, commented, “I continue to marvel at Pitzer College’s ability to take risks that pay off and go where many other educational institutions dare not go.

“With student-activists as a galvanising force, today’s announcement makes Pitzer the first college or university in Southern California to divest, and the first to come up with an innovative solution that other organisations can model.”

The school also committed to a 25% carbon emissions reduction by the end of 2016 and to a series of measures to promote sustainability on campus.

The announcement comes shortly after Harvard University’s president revealed a new climate strategy and the school’s adoption of the UN-supported Principle for Responsible Investment. However, the prestigious university said in October it would not divest from fossil fuel firms, as it did not consider this a “warranted or wise” strategy.