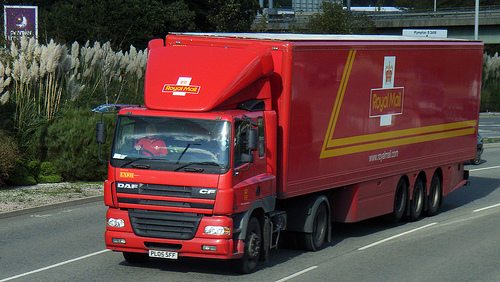 Reports have suggested that the government will set an upper level for Royal Mail shares, meaning the more substantial investors could potentially be left empty-handed. It’s expected the limit will be set at £10,000.

The final decision is expected on Thursday. On Tuesday, there was a last minute rush of investors to buy shares before the midnight deadline. Royal Mail shares are expected to be fully listed on the London Stock Exchange from 8am on October 15.

The government has received around 700,000 applications for shares. Institutional investors have placed more than £30 billion worth of orders but only approximately £2 billion worth are expected to be offered during the first phase of the privatisation.

The company was valued at £3.3 billion, with each share worth between 260p and 330p. However, critics have been voicing their opinion and claiming that the Royal Mail has been undervalued.

Stockbroker Canaccord Genuity told the Guardian that it believes the government could have sold Royal Mail shares at 599p, a significant 269p increase on the share price when they float. The organisation told its clients that its valuation “implies an 82% upside”.

Another stockbroker, Panmure Gordon, also believes that Royal Mail has been undervalued “by more than £1 billion”, adding that it should have been valued at £4.5 billion.

Shadow business secretary Chuka Umunna has been vocal in his belief that the Royal Mail has been undervalued. In a letter to business secretary Vince Cable, he said he had “concerns that taxpayers may be significantly short changed by the [initial public offering].”

In contrast, former City trader David Buik told the Daily Politics that ministers Cable and Michael Fallon had done “an excellent job and should not be criticised for undervaluing it grossly.”