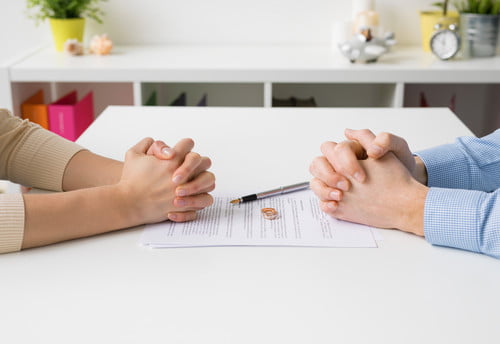 Divorcing A Spouse Who Doesn’t Share Your Eco-Friendly Lifestyle

You should be proud of your commitment to living an eco-friendly lifestyle. Climate change is a greater concern than ever. Unfortunately, it can be difficult to find a spouse that shares your priority to save our imperiled environment.

If your spouse doesn’t care as much about the environment as you, you may be open to ending your marriage. This means that you need to consider the implications of a divorce and weigh your options, which include alimony.

There are lots of things to consider when divorcing someone who doesn’t care about the environment. One of them is whether or not to seek alimony.

Although divorce marks the dissolution of a marital union, a financially supportive relationship frequently continues to exist after a marriage has ended. A judge decides who pays and who receives this money after weighing a multitude of factors. Such decisions are not made lightly and must be abided even when the divorce has been less- than amicable. This is one of the most important things to consider if divorcing someone that doesn’t agree with your life as an environmentally conscious person.

Alimony is a court ordered payment made by one spouse to another after a divorce. It serves as financial support separate from property investments and child care costs.

Who Can Receive Alimony?

Although it often seems that husbands are obligated to pay their wives alimony, it is important to understand that gender is not a requirement for paying or receiving this type of financial support. Alimony payments are awarded based on who earns more, as well as who has greater earning potential. Other factors that determine alimony payments include the length of the dissolved marriage, the standard of living to which the couple became accustomed during their marriage, and the physical and emotional wellbeing of all involved parties.

How Do Spouses Qualify for Alimony?

Alimony is not a required provision in the United States, but is frequently granted in order to minimize the financial hardships of individuals who have experienced the trauma of divorce. Financial support is granted after a number of components have been carefully weighed and assessed. And though this list is far from exhaustive, it highlights just some of the items that must be considered.

In most states, married couples share both assets and debt based purely on the fact that they are married. As a result, the court must decide who will assume most of the accumulated debt and how to fairly divide assets once a divorce is finalized.

Not all contributions in a marital union are financial. That said, the contributions each spouse has made to the upkeep of their home, child care, education, and emotional support are given a dollar value and awarded as alimony to the most deserving of the two.

A spouse who does not have health insurance, is chronically ill, and is not likely to recover from their illness, is often the one who is awarded alimony.

What Disqualifies a Spouse for Alimony?

There are times in which individuals are deemed ineligible for spousal support that include:

Divorce law and the judicial system in which it plays out, tries its best to be equitable and appropriate, particularly when adjudicating terms of a divorce. The laws are meant to protect, rather than harm, all involved parties especially in situations that are rife with potential misunderstandings.

It is for these reasons that additional alimony considerations must be evaluated both by divorce lawyers and the judges who decide these cases. These considerations include, but are not limited to, the death of a spouse after alimony has been ordered, increases in a recipient’s income independent of alimony, a decrease in the payer’s income independent of alimony, and spousal abuse that may have led to the divorce itself.

If someone doesn’t support your eco-conscious lifestyle, then your marriage may not last. You may want to consider alimony. Caring about the environment doesn’t mean you shouldn’t be financially prudent!

Robert S. Thomas, Attorney at Law is a Chicagoland attorney who can answer your questions about alimony, address your concerns with sensitivity, and get you the settlement you deserve.