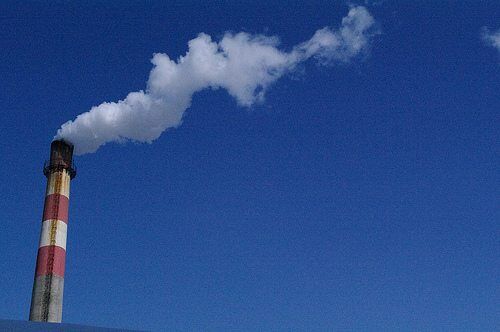 Environmental justice campaigners have warned that the revised Renewable Energy Directive presented by the European Commission today will cause added harm to forests and people.

Its boost to wood-based bioenergy will increase greenhouse gas emissions rather than contribute to much needed emission cuts.

Over 130 civil society groups from across the globe have urged the EU to exclude large-scale bioenergy from its renewable energy definition in a joint declaration published earlier this year. Bioenergy and waste account for some two-thirds of all energy classed as ‘renewable’, most of which comes from the burning of wood, both in power stations and for heating.

A growing number of studies show that the greenhouse gas emissions from large-scale bioenergy, which includes the burning of wood, are commonly as high – if not higher – than those from fossil fuels. Already today, the EU demand for wood-based energy requires the logging of more biodiverse forests and the conversion of yet more forests, farmland and biodiverse grasslands into monoculture tree plantations.

The groups also warned that the EU’s growing demand for wood for energy has been used to legitimise and attract funding for new land-grabs in countries such as Brazil and Ghana.

“The wood pellet industry has been very actively lobbying the EU Commission when it was revising the Renewable Energy Directive.

Big energy and wood pellet companies and their lobby groups, such as the Sustainable Biomass Partnership and the US Industrial Pellet Association (USIPA), repeatedly met high-level Commission staff in the agriculture, climate and energy departments to claim their products are sustainable.”

“Several environmental groups have proven how false this claim is. They show that the burning of wood pellets can result in even higher carbon emissions than those from fossil fuels”.

“The 2020-30 EU Renewable Energy Directive is supposed to be one of the main tools for reducing the EU’s greenhouse gas emissions, yet the proposals are clearly not fit for that purpose. They would reduce emissions on paper only, while increasing them in the real world.”

“A Renewable Energy Directive which once again boosts industrial bioenergy will move the EU further in the wrong direction. We need meaningful action to curb the EU’s overconsumption of energy, and to only focus support measures on genuinely climate-friendly and renewable forms of energy.”

“The European Commission is proposing sustainability standards for biomass burned in large installations, however those are doomed to be as ineffective as the EU’s biofuel standards introduced in 2009. There are many problems with such criteria, but the main one is that they cannot counter the impacts of the enormous demand.

“The only solution is a sensible definition of what ‘renewable energy’ can really be allowed to mean, and to stop bioenergy promotion which takes a toll on the environment and many people across the world.”