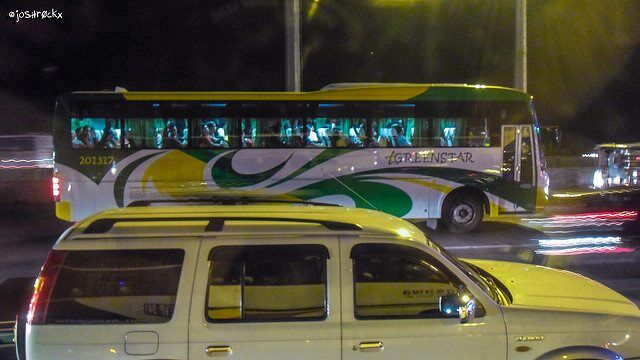 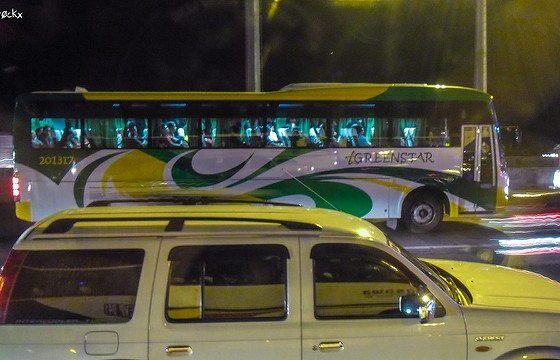 New Report : ‘A Green Bus for Every Journey’

According to a new report by the LowCVP for Greener Journeys, a new generation of clean buses is already saving 55,000 tonnes of greenhouse gas emissions every year and providing £8 million in health and environmental benefits.

If this proportion were to reach 100% of all new buses by 2020, the annual savings could increase to 432,000 tonnes of methane, carbon dioxide and nitrous oxide emissions – the equivalent of taking 92,000 cars off the road for a year – and £248.5 million in wider social benefits.

The figures are published in A Green Bus for Every Journey, a new report by the Low Carbon Vehicle Partnership (LowCVP), commissioned by Greener Journeys, the sustainable travel group, which reveals how the latest buses use a wide range of technologies to help reduce emissions and air pollution.

There has also been a dramatic improvement in conventional diesel engines, with the latest Euro VI models – including over half of all new models bought in 2015 – delivering a 95% reduction in emissions of nitrogen oxides compared with the previous Euro V models.

The report is launched at today’s e-Bus Summit in London, an event organised to introduce the Horizon 2020 ELIPTIC (“Electrification of Public Transport in Cities”) European project.

Greener transport is seen as key to helping towns and cities meet European clean air targets, which are currently being breached in 38 out of 43 UK zones, with many cities introducing clean air zones to help tackle the problem.

The report highlights how the rich variety of green buses now available, including hybrid, plug-in hybrid, electric, electrified ancillary, hydrogen fuel cell and biomethane models, is allowing operators across the country to find the most tailored option for their network, including:

· A combined fleet of 175 electric buses which are helping tackle roadside air pollution across the country, including the first wirelessly charged models operated by Arriva in Milton Keynes;

· The 10 hydrogen fuel cell buses operated by First Group and Stagecoach in Aberdeen – the largest such fleet in Europe – saving about 145,000 litres of diesel annually;

· Go-Ahead Group’s 600 hybrid buses in London have helped lower emissions by 16%, with a further 10% improvement possible by 2018; while Lothian buses has saved £1.4 million in fuel costs since 2011 thanks to its fleet of 85 hybrid buses;

· Reading Buses, which has operated 34 biomethane buses since 2013, achieving 30% savings in fuel costs, while Arriva’s fleet of 10 gas-powered buses in Runcorn is 24% more cost effective;

· Stagecoach, which operates 4,581 biodiesel buses, says the technology has cut the carbon dioxide emissions of its overall fleet by a quarter;

· National Express’s fleet of 18 hybrid buses in Birmingham which is so popular that passengers sometimes complain when conventional models arrive at their bus stop; and,

· The drivers of FirstGroup’s 12 electric buses in York say they offer quicker acceleration than conventional models, and passengers prefer them because they offer a smoother ride and are quieter than diesel buses.

It follows a prior publication by the LowCVP and Greener Journeys, The Journey of the Green Bus, which revealed how manufacturers and policy makers have led a revolution in clean bus technology in the UK over the past two decades.

Claire Haigh, Chief Executive of Greener Journeys, said: “Tackling transport emissions is one of the most pressing issues facing councils and operators today, and this report clearly shows that investing in clean buses is an integral part of the solution.

“Encouraging more people to switch their car for the bus is crucial to tackling the UK’s emissions problem, and thanks to the new range of clean bus technologies available, this type of behaviour change is now more effective than ever.”

Andy Eastlake, Managing Director of the LowCVP said: “The UK’s bus sector has made great progress in introducing low emission, efficient technologies over the last decade. This has been in large part due to the support of government and the commitment of industry and other stakeholders to work together and drive change.

“This support and commitment needs to continue if the sector is to make a necessary contribution to cutting CO2 emissions, as well as to the increasingly urgent task of reducing pollution in our most badly affected towns and cities at least sufficient to meet 2020 air quality targets.”