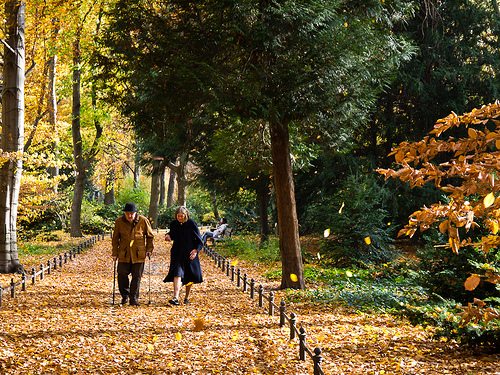 This social phenomenon has led to a number of opportunities and threats associated with old age, which will have a far reaching impact on our economy and will affect more than just the healthcare industry. All industries will have to adapt and appeal to older generations if they are to benefit from this structural demographic change.

What is causing population ageing?

The fertility decline over the last half century has been one of the main factors explaining global ageing (Source: UN). Global birth rates have fallen from 5 children per woman in 1950, to 2.5 today, and are expected to fall to between1.8-2.2 by 2050.

Global birth rates vs. replacement rate of 2.1 children per woman

‘Baby boomers’ are commonly defined as people born after World War II, during the years 1946 and 1964. There are roughly 450m born in the spike period, who are now reaching retirement age and are creating a bulge in the age pyramid.

What impact will this have on our economy?

Currently, just over one in ten people are aged over 60, but they account for a much larger proportion of the economic power. For example, the Baby Boomer generation reportedly accounts for c.60% of US consumer spending and c.50% of UK spending (Source: AARP, Saga). In absolute terms the numbers are also big. The spending power of consumers aged over 60 is estimated to be $15tn globally by 2020 (Source: BAML, Euromonitor).

The increasingly older population will have a profound impact on the economy as it controls a larger proportion of wealth and spending power.

We conducted a SWOT (Strengths, Weaknesses, Opportunities, Threats) analysis of old age, which helped us to highlight some of the industries which are developing relevant products and solutions for an ageing population, which you can see below. We have also taken a closer look at the financial services industry.

Longevity presents the risk that people live longer than expected and have not accumulated enough savings for their life (duration gap). This creates opportunities for insurers and wealth managers that are able to manage assets during the accumulation phase and manage risk during the post-retirement ‘decumulation’ phase.

Wealth of the older generation

Old people tend to have a large amount of investable assets, but only 40% of retirees use a financial adviser. In the US there are roughly 1.9m households with investable assets over $2m, and 56% of those households are headed by someone over 60 years old. Globally, total wealth stands at $240trn with $46trn of this being readily investable.

The additional factor to consider when discussing the opportunity of ageing populations and wealth management is the asset transfer from people born in the 1920s and 1930s to the Boomers. This ‘Great Transfer’ estimates a shift of $12trn of wealth, and this will happen over the next c.30 years as the Boomers die and pass their wealth onto the next generation.

US Investable Assets Transferred by Year

Source: Accenture based on Cerulli Associates

The financial services industry will be very important in a future where state support is diminishing and pension savings are now the responsibility of the individual. Evidence suggests that people are unprepared for their financial futures, with only 6% of households using estate planning services (Source: BAML and Accenture).

We have highlighted a number of companies that should benefit from this structural theme, including global insurer Prudential, which has emerging market exposure, an excellent management team and a number of thriving subsidiaries. Wealth managers, including St James Place based in the UK and AMP Ltd in Australia, are also well placed to benefit from helping people prepare for their financial future.

Examples of stocks are provided for general information only to demonstrate our investment philosophy.  It is not a recommendation to buy or sell. Note that the view of the Manager may have changed since this article was written.