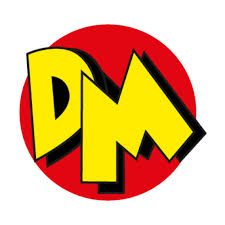 Apropos of nothing, but Danger Mouse is back!

While watching CBeebies with my boys I spotted a trailer for Danger Mouse. Another rerun I thought while mentally adding the box set to my secret wishlist. But what’s this? A brand new series. And while this has nothing to do with Blue & Green, I just had to share the joy with my own generation. Altogether now, “He’s the greatest. He’s fantastic. Wherever there’s danger he’ll be there…”

It turns out that rumours stared circulating the sprawling metropolis in 2013 that the series was up for a reboot, confirmed in June 2014 (how did I miss this?). The new series will consist of 52 11-minute episodes.

Alexander Armstrong and Kevin Eldon will be voicing Danger Mouse and Penfold, Dave Lamb will take the role of the narrator, whilst national treasure Stephen Fry and Ed Gaughan will take on the roles of Colonel K and Baron “Stiletto, the switch” Greenback, respectively. Armstrong’s Pointless co-host Richard Osman will also be appearing in the series as Professor Strontium Jellyfishowitz. It was also announced that John Oliver (Last Week Tonight) would voice Dr Augustus P Crumhorn III and Lena Headey (Cersei Lannister from Game of Thrones) would voice new character Jeopardy Mouse. It is directed by Robert Cullen and  produced by Boulder Media for FremantleMedia Kids.