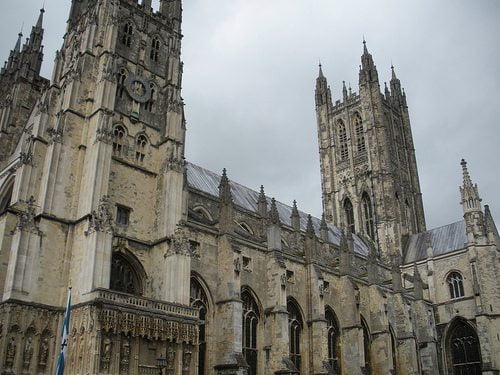 The financial services system must rediscover the value of human beings and begin to care for those on the edges of society, the archbishop of Canterbury has said.

Speaking to business and faith leaders at the Blueprint for Better Business conference, Justin Welby claimed that the industry must recognise the “dignity” and “integrity” of people.

He added that good business should be about good relationships. This may lead to our society rediscovering “the importance of the human being with whom we deal”, he said.

The archbishop gave the example of a painter and decorator he met in the town in which he lived as Bishop of Durham. The man had been laid off in the recession, and took 18 months to secure a £200 loan to start a business.

“After 18 months of unemployment, he managed to get a loan for the money he needed to start his own painting-and-decorating business”, Welby said.

“He started it, he paid off the loan in three weeks, and he has a full order book.”

The painter and decorator now employs three people. Welby added, “The loan he needed was £200 to buy a ladder, some paint brushes, and a basic stock of tools for the job he needed to do.

“What kind of financial-services system do we have in this country when someone who needs £200, and is going to work their socks off once they’ve got it, can’t get it for 18 months?”

The archbishop, who sits on the parliamentary commission on banking standards, also spoke about the need for regeneration that is not only focused on financial centres such as London.

“Unless financial services and investment begins to look at a whole new view of this country, and more globally across Europe, and to challenge the inability of the economy to care for those on the edge, there is not a good future – London cannot exist”, he said.

“Any society that wants to call itself ethical in its finances has to find a way in which it values human beings and cares for them across the board in every part of the society, and not just within the M25.”

Welby added that he also sits on the ethical investment advisory committee for an unnamed City fund manager, and called for investment to adopt a more holistic approach.

He criticised modern investment practice for “the distancing of the investor from the thing in which they invest”, adding, “It’s a number on a screen.”