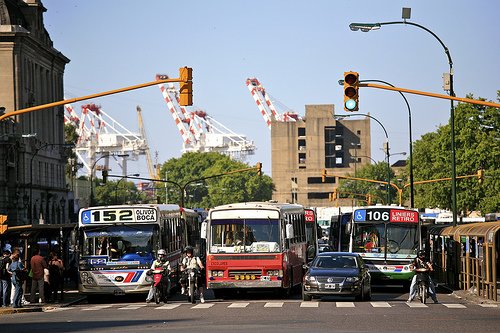 Buenos Aires, the capital of Argentina, is to focus on making public transport more sustainable and improving its waste management practices.

Mayor Mauricio Macri revealed his eight-pillar agenda for 2013 to the city’s council, stating, “We have two big goals, which are the establishment of a more sustainable public transport service and the reduction of the garbage produced in the city.”

In days to come, the second largest metropolitan area in South America will complete the renewal of its train fleet, which operates alongside an underground system, to improve public transport.

On top of this, a second bus rapid transit (BRT) line which was commissioned last October, will run across the southern part of the city, aiming to provide a faster, more efficient service than ordinary bus lines due to improved infrastructure , vehicles and scheduling.

This comes after another major conurbation in the Americas, Mexico City, received the 2013 Sustainable Transport Award for improving its own BRT system, as well as rejuvenating its cycling, walking and parking infrastructure.

Waste management is another area aimed for improvement in Buenos Aires. In January, the country built a new waste treatment plant located on the outskirts of the city, which was designed to relieve pressure from the three collapsed sanitary landfills where as much as 14.4 tonnes of rubbish is deposited every day.

The successful impacts of the waste treatment plant have led Mayor Macri to promise that Buenos Aires would cut down waste volumes by 78% by 2014.