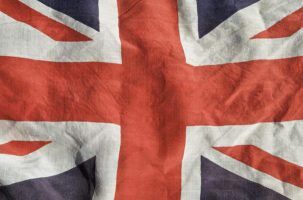 Britain ranked third in a report published today on the best place to be a social entrepreneur. 900 experts in 44 countries across the world were polled by the Thomson Reuters Foundation. The US topped the poll, followed by Canada.

Social enterprises, like The Big Issue, Jamie Oliver’s Fifteen restaurant chain and Cafe Direct, are businesses that tackle problems in society, from homelessness to climate change, reinvesting their profits for good.

“The findings of this poll reaffirm that Britain is one of the best countries in the world to start-up and run a social enterprise. Research shows that more people than ever before are establishing businesses with a social mission – social enterprises now have three times the start-up rate of traditional SMEs.

“There are 70,000 social enterprises in Britain, contributing £24 billion to the economy and employing more one million people. Research shows that 74% social enterprises pay the living wage, as accredited by the Living Wage Foundation.

Social enterprise yet to be imprinted on mainstream consciousness

“Research points to a third of the British public knowing what social enterprises are. They are not in the consciousness of the mainstream in the way they need to be. Social enterprises are the antidote to the growing number of businesses behaving irresponsibly. They pay their taxes and reinvest their profits. Recently Welsh Water announced that it will offer a £32m windfall to its customers, reducing their bills. This is what is possible when companies are free of the shackles of profit-hungry shareholders.

“With greater awareness we would hope to see more social enterprises start-up, and more consumers and organisations buy from them. Councils, private firms and housing associations have the purchasing power to help the social enterprise sector flourish.

With greater awareness we would hope to see more social enterprises start-up, and more consumers and organisations buy from them.

“The report shows that social entrepreneurs in Britain are finding it difficult to sell to government. To help remedy this, we would like to see the Public Services (Social Value) Act strengthened. It has the potential to open the doors for providers delivering added value to communities, making social enterprises well positioned to win contracts. At the moment only forward thinking public bodies and commissioners are making the most of the legislation.

“The UK ranks 15th in the ability for social enterprise to sell to business. The majority of social enterprises (53%) already trade with the private sector and there is growing demand from larger businesses to bring social enterprises into their supply chains. The recently launched Buy Social Corporate Challenge will see big businesses aim to spend £1 billion with the sector by 2020. It’s a game changing initiative we hope more businesses will follow.”

“Whilst the UK scores well when it comes to supportive government policy and favourable conditions for social enterprises to start up and grow, access to investment is still, after many years, a challenge for those in the sector. Some progress has been made, but there’s work to be done to ensure that the social investment market is accessible to the majority of social enterprises operating in the UK.”