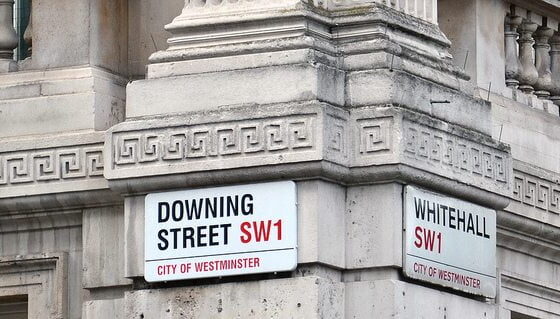 The Civil Service has “real and visible” diversity issues, according to an analysis that finds women and ethnic minorities are under-represented in higher paid roles.

The diversity of civil servants has been brought into the spotlight in recent weeks after Labour’s shadow Cabinet Office minister Michael Dugher promised to “bust open” Whitehall if his party win the 2015 election.

“Too often those making key decisions at the heart of government don’t look enough like those on whom their decisions impact,” he said.

The former treasury solicitor Sir Paul Jenkins, who was charged with promoting diversity in Whitehall, also admitted in March that the service’s record of promoting people from ethnic minorities is “disgraceful”.

“There’s undoubtedly a perception that the senior Civil Service is white and male and has certain cultural mindsets that are subconsciously discriminatory,” he said.

In response to Dugher’s pledge and the figures he used to support it, the cross-party charity Institute for Government published its own analysis.

While Labour said that the number of women in the senior Civil Service had fallen by 9% between 2010 and 2013, the Institute notes that this reduction coincided with staff cuts.

The proportion of female senior employees actually rose from 34% to 36% in the same period, the analysis shows.

Dugher also said that the number of ethnic minority staff across the whole of the civil service had fallen by 10% since 2010, but the Institute found that the proportion has also risen slightly from 9.2% to 9.6%.

However, the Institute for Government’s study confirms that equality is still an issue at the top of the Civil Service. While the pay gap is narrowing and the ratio of men to women and white employees to ethnic minorities is evening out, the difference is still significant.

Though women make up 53% of all civil servants, they hold only 29% of the highest paid jobs and 64% of the lowest paid jobs.

“Ethnic minority staff are still under-represented as a proportion of the Civil Service. This is especially pronounced in the senior ranks, and there has been virtually no progress recently,” says analyst Petr Brouchal.

“The record of appointing women and ethnic minority candidates to the top job is very patchy,” he adds.

The Cabinet Office note that minister Francis Maude has demanded research into why women aren’t getting the top civil service jobs, but insist that diversity is improving. A spokesperson adds that the country needs “the best civil servants, regardless of their background.”

For many, the lack of representation in government is a fundamental failing in British politics and a reason behind the widespread voter apathy that threatens the sustainability of our democracy.

Prime minister David Cameron recently had to fend off taunts over a lack of diversity in his own cabinet. During prime minister’s questions in February, the Conservatives fielded an all-male front bench.

Labour leader Ed Miliband took the opportunity to ask, “Do you think it is your fault the Conservative party has a problem with women?“

Cameron replied, “Of the full members of the cabinet who are Conservatives, 24%, a quarter, are women. That’s not enough, I want to see that grow. Of the front bench ministers, of the Conservatives, around 20% are women.

“That is below what I want to achieve in 33%. We are making progress and we will make more progress.”