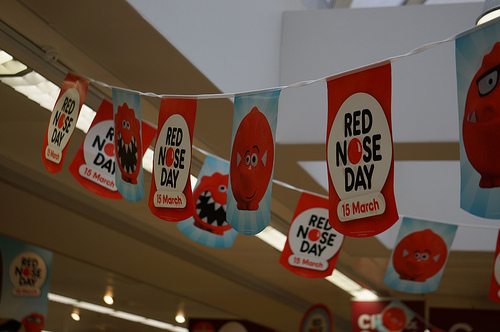 Comic Relief has said it has “nothing to hide”, after the BBC confirmed it would be screening a controversial Panorama investigation into charity investment policies.

The documentary was shelved in October, over fears that its airing might affect fundraising for Children in Need in November, but director of news James Harding and director-general Tony Hall reportedly intervened to give the screening the go-ahead.

Comic Relief, which is one of a number of charities under the spotlight, is alleged to have been investing in funds that support tobacco and arms firms. Both industries are seen as contrary to its core aims as a development body.

However, a spokesperson for the charity said, “Comic Relief takes the business of making grants and managing the money so generously donated by the public extremely seriously.

“We’re satisfied that our approach is wholly appropriate and meets all regulatory and legal requirements. We have nothing to hide and publish a full explanation on our website.”

A longer statement on its website, updated on December 3, says that in order to comply with guidelines set by the Charity Commission, the charity has to “invest [its money] and seek the best return”, based on advice from a voluntary committee of experts.

In July, the Church of England was criticised after it was found to have been investing indirectly in the payday lender Wonga, despite the archbishop of Canterbury criticising the industry.

Whereas the church was caught out by investing in pooled funds – which allow investors to invest alongside others – Comic Relief puts its money into blue chip managed funds – large funds that deliver reliable returns. In theory, these kind of investment vehicles could include companies like Wonga, as well as tobacco and arms firms.

The charity’s website adds, “The relatively poorer performance of ethical funds has meant that our trustees have been unable to invest in them at the same time as meeting their statutory duties. Investing in the way we do ensures that we can deliver more support to our beneficiaries at home and around the world.”

“The numbers are out there telling us otherwise”, he told Blue & Green Tomorrow.

“An August investigation by Moneyfacts showed that ethical and sustainable investment funds have generally performed better over 12 and 36 months. Research also shows that companies that are rated highly for their commitment to ESG factors outperform others and offer low risk returns to investors.”

Howard added that Comic Relief’s comment on its statutory duties was “puzzling”, pointing towards the Charity Commission’s 2011 guidance which said, “The law permits the following reasons [for investing ethically, even if lower returns are anticipated]: a particular investment conflicts with the aims of the charity; or the charity might lose supporters or beneficiaries if it does not invest ethically; or there is no significant financial detriment.”

In response to Howard and UKSIF, the Comic Relief spokesperson said, “Our investment approach has consistently delivered very strong returns that have helped Comic Relief cover its running costs, without having to use any of the money donated directly by the public. This means Comic Relief can promise that every pound donated by the public has gone towards making grants of more than £800m, to make real change to the lives of poor and vulnerable people.

“If we had invested £50m across the FTSE4Good indices, as opposed to the equivalent FTSE indices, we would have lost around £10m over the last 10 years. Of course, this is a complex area, with many important considerations, and we keep it under constant review.”

During National Ethical Investment Week 2012, the Charity Finance Group released the results of a survey that found just over half of its members had an ethical investment policy.

“The Charity Commission guidance makes it much easier for trustees of charities to avoid things that conflict with their mission than other trustees”, she said in The Guide to Philanthropy & Giving 2013.

“They can also avoid things that would make it difficult for the charity to continue to operate. Reputationally damaging mistakes are usually unwittingly made.”

Comic Relief, which received donations worth over £100m in 2013 overall, is most famously associated with Red Nose Day – the biennial fundraising event that is accompanied by a variety show, screened by the BBC.

The Panorama programme into charities will air on Tuesday December 10.