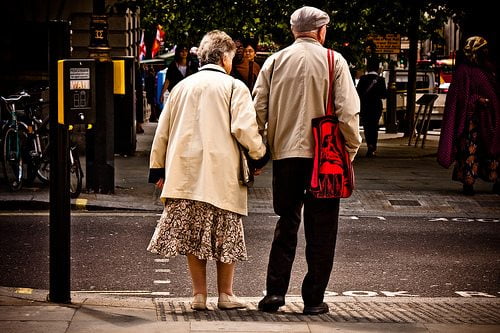 Levels of the pesticide DDT in patients with Alzheimer’s have been found to be four times higher compared to healthy people, suggesting a possible link between the disease and the chemical.

According to a new study, DDT – which is a shortened name for dichlorodiphenyltrichloroethane – can stay around for a long time in the human body when it is metabolised as dichlorodiphenyldichloroethylene (DDE).

Scientists at Rutgers University in New Jersey researched levels of DDE in 86 people with Alzheimer’s and 79 healthy people with similar characteristics. They found that DDE levels in Alzheimer’s patients were 3.8 times higher compared to the other participants.

DDT was widely used during the second world war to fight diseases like malaria and typhus and later to protect crops, as it shown to be a powerful insecticide.

Following the publication of Rachel Carson’s Silent Spring in 1962 – a seminal text for the environmental movement – people began to campaign to have the chemical banned, as its effects on human health and ecosystems were then largely unknown.

Nowadays, DDT is banned, but it is occasionally used to control malaria in some parts of the world.

The Rutgers study suggested that DDT might contribute to the death of brain cells. However, it added that there were other factors to consider, related to genetics, lifestyle and the environment.

Dr Simon Ridley, head of research at Alzheimer’s Research UK, said, “It’s important to note that this research relates to DDT, a pesticide that has not been used in the UK since the 1980s.

“We can’t conclude from these findings that pesticide exposure causes Alzheimer’s, and much more research would be needed to confirm whether this particular pesticide may contribute to the disease.

“In the meantime, we do know that a healthy lifestyle can help reduce the risk of Alzheimer’s, which is why it’s important to eat a healthy, balanced diet, exercise regularly, not smoke, and keep blood pressure and weight in check.”