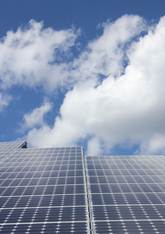 Latest figures show that employment in the European green energy sector has exceeded one million jobs – an increase of 25% in just one year. Alex Blackburne delves into the report.

Despite a drop in the EU employment rate overall, jobs in the green energy sector were being filled at a much superior rate, according to a new report.

Latest figures show that employment in the European green energy sector has exceeded one million jobs – an increase of 25% in just one year. Alex Blackburne delves into the report.

Despite a drop in the EU employment rate overall, jobs in the green energy sector were being filled at a much superior rate, according to a new report.

The European Commission study claims that the employment rate of the renewables sector witnessed an increase of 25% between 2009 and 2010. In the process, the million jobs milestone has been passed. In the same time period, the overall employment rate for 20-64 year-olds in the EU fell by 0.72%, from 69.1% in 2009, to 68.6% a year later.

The increased work force also brought a 15% increase in revenue, with a total turnover of €127 billion in 2010.

The promising statistics indicate that a renewables uprising is underway, despite the harsh economic climate. Businesses are realising the value of a sustainable future, which is a positive step forward for the planet’s longevity.

“Measures were adopted by member states to implement the Renewable Energy Directive and the first results can now be seen.

“Even though factors such as a cold winter and a high level of rainfall have surely helped, this figure highlights the positive impacts of support policies and additional investments by market players”.

Looking at UK figures specifically, the European Commission’s study points to just over 31,000 people who are employed in the green energy sector – a figure that, over a further year of growth in the wind and solar industries, has undoubtedly been exceeded.

As Blue & Green Tomorrow has previously pointed out, Germany emerged as clear EU (and incidentally, world) leaders in green energy employment, with 361,360 jobs in the sector. France (174,735) and Italy (108,150) took silver and bronze respectively.

The UK’s growth in the renewables sector is also set for continued growth. According to REUK.com, 21 UK higher education institutions now offer degree courses in renewable energy-related subjects. One of those is De Montfort University in Leicester, which gives students the chance to earn a qualification in green energy technology. Dr Hobina Rajakaruna, course leader and senior lecturer, said, “There are a lot of new opportunities and new jobs in the sector … Countries like China and India will eventually buy into these green technologies as well, so we are producing graduates who have good scientific skills plus an eye into the energy sector in order to continue the sector growth”.

Courses like this one are vital in the search for better, more efficient clean technologies.

However, the European Commission’s figures cannot reflect the total renewable energy potential that the EU can realistically harness. There is no better time to start thinking about investing your money in green energy than the present. To make it simple, fill in our online form and we’ll connect you with a specialist ethical adviser. Alternatively, contact your own IFA and ask about sustainable investment.

You can also switch to sustainable power by contacting Good Energy, the UK’s only 100% renewable electricity provider.