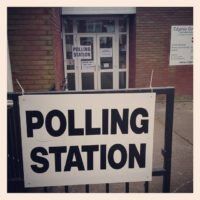 According to the Electoral Reform Society the ‘glaring democratic deficiencies’ of the EU referendum debate must never be repeated.

Launching their landmark EU referendum report into the conduct of the referendum, ‘It’s Good to Talk: Doing Referendums Differently After the EU Vote’, the Society have called for a ‘root and branch review’ of the role and conduct of referendums in our democracy.

As part of the report, the ERS has published polling showing that far too many people felt they were ill-informed about the vote; and that the ‘big beast’ personalities did not appear to engage or convince voters. The polling also shows that voters viewed both sides as increasingly negative as the campaign wore on.

The Society are arguing that the EU debate was in stark contrast to the Scottish independence referendum, which featured a ‘vibrant, well-informed, grassroots conversation that left a lasting legacy of on-going public participation in politics and public life’.

A review is now needed to ensure future referendums don’t repeat the errors of the EU vote in terms of failing to foster a genuine, informed discussion among the public, the ERS says.

The report makes nine key recommendations to improve the conduct of future referendums. These include:

This report lays out both the facts and the way forward.

“This report shows without a shadow of a doubt just how dire the EU referendum debate really was. There were glaring democratic deficiencies in the run-up to the vote, with the public feeling totally ill-informed. Both sides were viewed as highly negative by voters, while the top-down, personality-based nature of the debate failed to address major policies and issues, leaving the public in the dark.

“It offered a stark contrast to the vibrant, well-informed, grassroots conversation of the Scottish independence vote ­– a referendum that left a lasting legacy of on-going public participation in politics and public life.

“From a campaign period that was too short to foster a decent debate, to the fact that misleading claims could be made with total impunity, there are so many lessons to be learned

“Now that the dust is starting to settle after the EU referendum, we need a complete rethink about the role of referendums in the UK. They are becoming more common, but the piecemeal nature of the how, when and why they’re done means we could simply end up jumping from referendum to referendum at the whim of politicians.

“It’s time for a root and branch review of referendums, learning the lessons of the EU campaign to make sure the mistakes that were made in terms of regulation, tone and conduct are never repeated. Let’s make sure that future referendums guarantee the lively and well-informed discussion that voters deserve.”